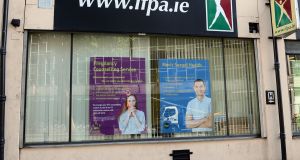 The IFPA annual report notes a 39 per cent increase in the number of women aged 44 and above availing of face-to-face counselling last year compared to 2013. Photograph: Eric Luke/The Irish Times

The number of women aged over 44 seeking pregnancy counselling significantly increased in 2014, according to the Irish Family Planning Association (IFPA), which provided counselling to over 3,500 women, girls and couples last year.

The IFPA annual report noted a 39 per cent increase in the number of women aged 44 and above availing of face-to-face counselling last year compared to 2013.

The IFPA highlighted that while an unplanned or crisis pregnancy can happen to a woman at any stage in her life, older women can be less informed about contraception than young women.

The report also found at least 3,735 women travelled from Ireland to the UK in 2014 for abortion services, while 577 women, girls and couples availed of post-abortion counselling from the IFPA.

Some 146 migrant women accessed the IFPA counselling service, accounting for just over 11 per cent of clients. The agency warned that many of these women were faced with additional barriers during crisis pregnancies, with some unable to travel freely abroad to access abortion services due to travel or visa restrictions.

As part of its evidence for the UN Human Rights Committee’s review of Ireland’s rights record, the agency highlighted the “failure of Ireland’s abortion laws to comply with the Government’s human rights obligations”.

The UN committee criticised the “discriminatory impact” of the Government’s reliance on women travelling to another State to access abortion, whereby only those women with the necessary resources can do so, and called on the Government to revise its abortion laws.

IFPA medical director Caitríona Henchion warned that despite the continued increase of sexually transmitted infections (STIs), there remains a lack of affordable screening services across the State.

“This is a public health issue - it is well established that delayed STI diagnosis can increase complications and onward transmission,” said Dr Henchion.

The report also highlighted the work carried out by the IFPA’s clinical service for female genital mutilation (FGM) which opened in 2014 and is the first service of its kind to offer medical and psychological care to women and girls affected by FGM in Ireland.