Ennis private clinic to close with loss of 11 jobs 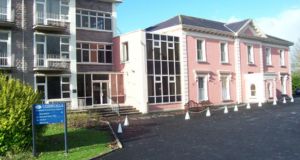 The hospital board stated that the decision to close the privately run clinic at Cahercalla Community Hospital and Hospice ‘has come after several months of consultation’.


The decline in the number of people covered by private health insurance has been cited as one of the reasons behind the closure of a private health clinic in Ennis.

Cahercalla Community Hospital and Hospice has announced that day surgical and outpatient services will no longer be available for patients at the hospital from May 1st next.

Eleven jobs will be lost as a result at the community-run hospital led and founded by social campaigner Fr Harry Bohan. A statement from the hospital’s board said: “A number of contributory factors, including the changing healthcare environment which has made the recruitment of consultants difficult, increased supply of similar services in Limerick and Galway, and a decline in the number of people with private health insurance, have led to a situation where it is unfeasible to continue to provide surgical services at the hospital.”

The hospital board stated that the decision to close the privately run clinic “has come after several months of consultation with, and efforts made by, all involved in an attempt to retain the service at the hospital”.

The board said that while the loss of service was disappointing, it was “pleased to report that the nursing home and hospice sections of the healthcare facility are thriving following the recent refurbishment of the facilities”.