Psychiatrists' risk assessments are not an exact science 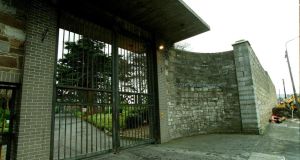 The awful tragedy in Cobh, Co Cork, which has left a couple dead and their daughter critically ill, involved mental health issues. Michael Greaney, the deceased man, was briefly a patient earlier this year in the Central Mental Hospital, where he had been remanded by a judge at Cork Central Criminal Court following a verdict of not guilty by reason of insanity (NGBRI). The verdict came at the end of a trial where he was accused of assault and false imprisonment.

Under the Criminal Law (Insanity) Act 2006, an accused may be found not guilty by reason of insanity if they are suffering from a mental disorder which was such as to render them not responsible for a criminal act if a consultant psychiatrist testifies that: they did not know the nature and quality of the act; or did not know what they were doing was wrong; or were unable to refrain from committing the act.

It is routine practice for the person to be admitted to the Central Mental Hospital in Dundrum for assessment and for a consultant forensic psychiatrist there to report back to the court within the two-week period. The detailed assessment, carried out by a multidisciplinary team, will not only make a diagnosis of the mental condition, but crucially will decide if the patient requires admission to the hospital for treatment.

It would have been open to Mr Greaney and his legal team to return to the court to look for a change in any of these conditions; in this scenario a judge is likely to be guided by updated reports from the local psychiatric service as to whether any relaxation in restrictions would aid his recovery as well as some guidance as to the risk posed by any change in conditions to the person originally assaulted.

Risk assessment is not an exact science. Despite the utmost legal and medical professionalism, a tragic outcome may still occur, leaving many victims in its wake.