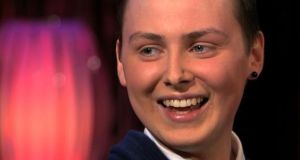 There are at least five Donal Walsh rooms in operation in Console Houses.

The father of the late Donal Walsh, a sixteen-year-boy from Kerry who died from cancer in 2013, says the powers of investigation of the charities regulator need to be enacted in the Console case.

Before he died, Donal had appealed to those thinking of taking their own lives to reconsider, and his parents, Elma and Fionnbar have donated funds to refurbish two rooms in memory of their son at the Console Centre, which has recently opened at Balloonagh, Tralee.

The Walsh family set up the #LiveLife Foundation in memory of Donal following the Tralee teenager’s death.

The foundation provided funding to Console to provide safe spaces for teenagers.

There are at least five Donal Walsh rooms in operation in Console Houses.

Speaking to Radio Kerry, Fionnbar Walsh said the revelations at Console are incredibly disappointing for general fundraising across the country and that their foundation got receipts for all of the funding provided to Console.

He said while the investigations into the spending at the charity are ongoing, it is important to remember that Console is still operating and providing help to those who need it.

David Hall, interim CEO of Console says it his duty is to protect the clients using the suicide prevention charity.

“What happened is past, it is not happening now,” he told Newstalk Breakfast.

He said there had been an alleged breach of trust by Console founder, Paul Kelly.

Mr Hall, a businessman, had no connection to the charity until he was appointed a week ago to review its accounts and governance.

Founder of the suicide prevention charity Paul Kelly, his wife and son ran up credit card bills of almost €500,000 on items such as groceries, designer clothes and foreign trips over a three-year period, according to a HSE audit.

Mr Kelly, his wife Patricia and their son Tim, benefitted by almost €500,000 in salaries and cars over the period from 2012 to 2014, the audit has also established.

On Thursday, the High Court granted temporary injunctions preventing access to the bank accounts of the suicide bereavement counselling service, Console by Mr Kelly and his wife.

Mr Kelly, and his wife Patricia Kelly, otherwise known as Patricia Dowling, and Mr Kelly’s sister Joan McKenna, as directors of the charity, were also injuncted from interfering with its economic, commercial and public interests.

Mr Hall said that Mr Kelly had allegedly appeared in the Console office in Kildare on Monday and took records.

“I have no access to the books, to the records, accounts. I don’t have the computer or the staff pay rolls. They are gone.”

Mr Hall said that the Garda have been to the Console office and that he had gone to a Garda station to make a statement.

“My concern is I want to do a review, to ensure that the service remains in place. There are vulnerable clients who need the service, there are staff to be paid, a service to be maintained.”

He said the charities regulator, John Farrelly, was not to blame. “He has been in place since May and only got the report on Monday. The problem is the Oireachtas needs to give him the power to act.

“The situation is crap. There are now so many agencies involved, but no decisive action is being taken. The service needs to be protected,” he said.