Analysis: Scale of latest controversy in health service is shocking 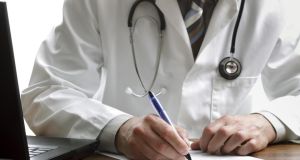 What galls colleagues who worked with some of the locums is that they are costing far more than a directly employed staff member would. Photograph: Thinkstock

Thousands of scans, hundreds of recalled patients, seven hospitals and three locum radiologists whose work is under review: the scale of this latest health controversy is shocking.

Mistakes happen in any health service, but the size and nature of these reviews are a genuine cause for concern. In 2008, the HSE reviewed more than 6,000 X-rays and scans, but that involved the work of a single radiologist working in one hospital, in Drogheda.

At the centre of the current reviews are three locums whose work caused concern among medical colleagues, who sounded the alarm within the health system.

Unfortunately, the problems were not noticed before one locum had moved on to other hospitals, where his work has also had to be reviewed. Equally worryingly, none of the individuals is working in Ireland any more; one is believed to be in Australia while another is in the UK.

The good news is that, so far, just one case of a late diagnosis of cancer has emerged, according to the HSE.

The wide-ranging, expensive and time-consuming review is further evidence of the problems caused by relying too heavily on locum staff, who may be unfamiliar with procedures in the hospitals to which they are recruited and whose competence is doubted in some cases.

“We haven’t had a competent locum in years. When a colleague goes on holidays, we work their shifts rather than bring someone in temporarily,” one radiologist from a Dublin hospital, unconnected with the current reviews, remarked yesterday.

Provincial hospitals, such as those that figure in the current controversy, have fewer options when it comes to staffing. They tend to be smaller and to have greater difficulty recruiting and retaining staff.

After consultant pay was cut by 30 per cent in 2012, this was the only way the HSE could find to attract staff to non-teaching hospitals. Earlier this year, the salary cut was largely reversed, which may help with recruitment.

Radiologists interpret what they see on screen and a certain degree of error is inevitable in reading X-rays and scans. “The challenge to every system internationally is to ensure systems are put in place to mitigate risk, minimise the degree of error and provide assurances around the services provided,” according to the Faculty of Radiologists.

To minimise errors, radiologists will often consult colleagues. Is the bone broken or not? Is that a cancerous growth or not? Their work will also be subject to audit by colleagues to ensure it does not exceed a defined “miss rate”. All cancer scans are subject to double reporting, where a radiologist seeks a second opinion.

In a busy smaller hospital, however, there may be no free colleagues with whom to consult. And five years after it was started, the national integrated medical imaging system, an electronic system that provides for filmless imaging data across the service, has yet to be introduced in all hospitals.