No country for young teachers: the two-tier pay problem

Many new entrants wonder if the twin pay scale is here to stay and are questioning their choice of career. Are unions taking the issue seriously enough? 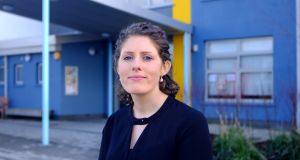 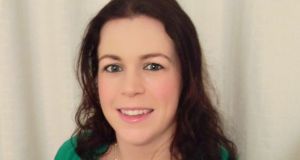 In any given year, annual teacher conventions are no strangers to hyperbole. But this year, for young teachers especially, there is no mistaking the urgency of an issue that looms over the entire teaching profession.

It has the potential to threaten the credibility of the trade-union movement, to undermine the status of the wider teaching profession and to widen the gulf between young and old.

The issue is the two-tier pay rate, which discriminates against newly qualified teachers. Teachers who entered the profession after 2010 are on significantly lower pay scales than their colleagues, even though they have the same responsibilities.

The government at the time argued that this cost-containment was a necessity in a time of economic peril. Five years on, say many young teachers, it is reaching a tipping point. Many new entrants wonder whether the two-tier pay scale is now firmly entrenched and are asking if it is worth their while remaining in the profession.

Some are voting with their feet and emigrating. Others are leaving teaching altogether.

I was one of those newly qualified teachers. I started my career in 2011. I had the same qualifications as my colleagues. I worked the same hours and cared just as much about my students. I had new skills from college that set me apart from many. I thought I brought as much to my teaching as any other.

So when my first pay cheque came, it was a surprise to see my wages had taken such a big cut. It reaffirmed how little the government thought of my time and my hard- earned qualifications.

Last year I decided to move on to study journalism. But I am in regular contact with teachers who are struggling to pay rent in Dublin, where they feel most of the substitute work is.

One tells me he doesn’t know how he will be able to afford basics such as taxing his car. Another feels there is little sympathy from more established colleagues. Several have withdrawn their union memberships.

Later this month, all three teacher union conventions – the INTO, the TUI and the ASTI – will debate motions demanding the restoration of a common pay scale for all. For the unions the issue is an affront to the core principle of equal pay for equal work. But are they taking the issue seriously enough?

The issue is, arguably, most pressing for the INTO. Most newly qualified teachers are in the primary sector. This is the only union that signed up to the Lansdowne Road pay agreement, on the basis that there was a better prospect of pay equalisation by grasping the gains negotiated instead of leaving them behind.

So did the union, as some younger teachers claim, sell out on its younger members? “Absolutely not,” says a spokesman for the INTO. “It is our policy – adopted at last congress – to equalise teachers’ pay scales through seeking a preferential increase for teachers affected by these cuts until pay is equalised.”

He points out that the INTO has fought and won a number of battles for equal pay over the years on the grounds of gender and marital status.

“There were groups at the time who said the world would end if men and women were paid the same, and that the country couldn’t afford it,” he says. “There are similar voices this time around, but we argue that inequitable pay rates are wrong and we will win out.”

The union argues that it has made progress. Under the Haddington Road agreement, it says it helped secure changes that will cut career losses from more than €250,000 to €90,000.

“Together we will address this injustice through future pay claims, negotiation and deals,” the spokesman adds.

The TUI, which rejected the Lansdowne Road deal, says that it is fighting for pay restoration. “It is the defining issue for us,” says John MacGabhann, the TUI’s general secretary. “It puts the collegial nature of schools at risk; it is causing people to haemorrhage from the profession and a generation of graduates to think twice about studying.”

While the ASTI also rejected the next pay deal – which comes into force at the end of June – three motions will be debated at its annual convention to demand the restoration of a common pay scale for all teachers. “There is a huge sense of injustice in relation to this, not only among young teachers but also their colleagues,” an ASTI spokeswoman says.

What unions do not say – at least publicly – is that a failure to grasp these issues might have major costs for them, too, in the form of membership.

As a substitute teacher, I worked in a variety of schools. While some teachers were sympathetic, others were often unmoved, taking an attitude of, “Sure, we’ve all been hit, haven’t we?” A number of us cancelled our memberships on foot of this feeling of inequality.

It is difficult to see a new generation of teachers being willing to co-operate with more established colleagues as long as a gulf in pay scales remains. And as a new government faces calls for more more teachers and reduced class sizes, where will these teachers come from?

Some policymakers might argue that the cost of tackling this issue is too great, too soon. But another question is looming for society as time goes on: can it afford not to tackle the problem?

‘I use my credit card to pay for basics such as rent, electricity and food’

“I never expected to be rich as a teacher, but I did expect to have a relatively comfortable standard of living.

“As it stands, I have spent the almost four years since I finished college using my credit card and overdraft to pay the basics of living like rent, electricity and food.

“The stress of not being able to meet the cost of daily bills and the resentment over being treated so unfairly has had a negative impact on my health.

“In my experience the INTO has not been strong in their representation of new teachers on equal pay. I recently terminated my membership.

“I find it extremely frustrating and demoralising that I am paid an inferior salary for undertaking the same work as my colleagues.

“It is incredible that new teachers are expected to accept a situation where their pay has nothing to do with how hard they work or how well-qualified they are. These cuts have left me questioning my choice of career and considering alternative options for my future.

“Young teachers need to be treated fairly. Otherwise the quality of education in this country will suffer greatly, as intelligent young people will not want to pursue a career in teaching.”

“I made the decision in my mid-20s to retrain as a teacher. At that time teachers were on only one rate of pay. As it stands, over the course of my career I will earn an estimated €240,000 less than my colleagues.

“I also have greatly reduced pension entitlements and my lump sum will be based on my average pay rather than my salary at time of retirement.

“My salary is simply not a living wage. I’m still living at home because I cannot afford to move out. My take-home pay in January amounted to €1,985.91.

“Factor in the costs of household expenses, food, car insurance, tax, petrol, parking, medical insurance, a phone bill, my loan to return to college, my car loan and a meagre contribution towards my savings account, which I had to dip into twice this year already due to unexpected expenses, [and] I am left with very little at the end of the month.

“I have no job security. Last year I applied for 428 posts. I received an acknowledgment from 42 of these schools, had nine interviews and eventually secured a job as a learning support teacher. Come June I can look forward to starting the whole process all over again.

“What I want is simple: I want to go into my place of work and be paid the same as my colleagues. I no longer want to be hugely resentful of the fact that the teachers beside me are being paid thousands and thousands of euro more than me to do the exact same job.

“I want to be able to live a life without having to worry about how I am going to pay my next bill. I want recognition for the importance of teachers’ role in society.”