State pathologist to carry out examination of body 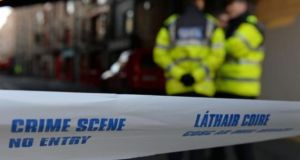 The body of a 53-year-old woman was discovered shortly before 4.30pm in a house in Clonakilty yesterday afternoon.

Gardaí in west Cork have begun an investigation following the discovery of the body of a 53-year-old woman in a house in Clonakilty yesterday afternoon.

The body of the woman was discovered shortly before 4.30pm when a neighbour called to the house where the woman lived alone on the Western Road in the town.

There was no sign of forced entry but gardaí decided to request the services of the State pathologist’s office as a precautionary measure as there was no obvious explanation for her death.

Assistant State pathologist, Dr Margot Bolster was last night travelling to Clonakilty to carry out a preliminary examination of the woman’s body at the scene.

The scene remained cordoned off and gardaí said that their investigation will be guided by Dr Bolster’s findings at the scene and at subsequent postmortem. The postmortem is expected to take place today.

Why choose a business course? Creativity, teamwork alongside enterprise 00:00
Key dates for CAO applications 00:00
Swimming ban at Dublin's Merrion strand due to poor water quality 06:50
CAO decision time: What should you study at college? 06:39
CAO Q&A: Everything you need to know about the change of mind process 06:22

1 Coronavirus: No new Covid-19 deaths reported in State for first time since March
2 Coronavirus: What will reopen in Ireland’s phases to ease restrictions?
3 Unconvincing account may take some heat out of Dominic Cummings controversy
4 Tributes paid to Ireland’s deputy ambassador to China who died on Sunday
5 Man admits rape of boy after drugging him with pain relief substance, court told
Real news has value SUBSCRIBE