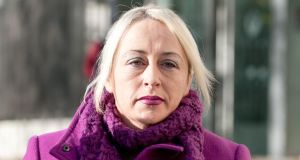 A 42-year-old woman is to stand trial charged with assisting in the suicide of a multiple sclerosis sufferer in Dublin two years ago.

Bernadette Forde (51) from Morehampton Mews in Dublin was in the final stages of multiple sclerosis and had been found dead at her apartment on June 6th, 2011. A coroner’s inquest into the cause of her death has been adjourned.

She is charged with aiding and abeting or counselling or procuring the suicide of Ms Forde between March 10th and June 6th, 2011.

She replied “not guilty” when the charge was put to her, Det Sgt Byrne said.

State solicitor Ronan O’Brien told Judge Walsh the DPP has directed that the 42-year-old woman is to face “trial on indictment” and that the book of evidence had already been completed and could be served on her.

Det Sgt Byrne gave the woman a copy of the book of evidence and Judge Walsh then made an order sending her forward for trial to the Dublin Circuit Criminal Court where she will face her next hearing on December 13th .

There was no objection to bail which the prosecution lawyer said could be set at €100.

Judge Walsh agreed to a request from defence solicitor Dara Robinson to grant legal aid to the woman, who was then remanded on bail.

In Ireland, a conviction for assisted suicide can carry a sentence of up to 14 years.