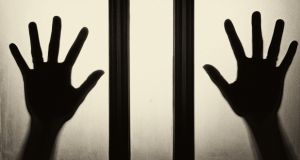 The Immigrant Council of Ireland supported 19 women and teenagers this year who had been trafficked for the purposes of sexual exploitation. Photograph: Thinkstock

Teenagers and women trafficked into Ireland for sex face “daily rapes” in brothels and are being rapidly moved around the country to meet the demand from sex buyers, an advocacy group which acts on their behalf said.

The Immigrant Council of Ireland said on Tuesday it had represented 19 victims of trafficking for sexual exploitation in 2014.

In nine cases where it acted as an independent law centre to represent the women, it secured greater protections and supports for them. It said the other cases remained “pending”.

The organisation called for a number of measures to deal with sex trafficking and prostitution, including the introduction of laws to criminalise those who buy sex, as proposed in the new Sexual Offences Bill.

It is also seeking the publication of the promised second National Action Plan on Human Trafficking.

In addition, the council called for the appointment of an independent anti-trafficking ‘czar’ and the implementation of better procedures to identify and support victims.

Chief executive of the Immigrant Council of Ireland, Denise Charlton, said trafficking for sexual exploitation was “one of the fastest growing crimes of our time”.

It was becoming more lucrative for gangs than drugs smuggling and the trade in illegal arms, she said.

Some 60 women have been supported by the council since it started work on sex trafficking in 2006. This year has been its busiest to date, it said.

Supports provided include legal representation as women seek to be formally identified as victim of sex trafficking, training, and help with citizenship applications.

Women from all over the world have used the council’s services, with over half of them coming from Nigeria.

“In most cases returning to their country of birth is not an option as it will only lead to further abuse,” the council said on Tuesday.

“While every story is individual – there are also many similarities. Teenagers tricked into coming to Ireland with promises of a new life, job or marriage only for reality to dawn in the car park of Dublin Airport. It is there the dream becomes a nightmare.”

What followed were “daily rapes” in brothels and “being rapidly moved around the country to meet the demand from sex buyers for fresh meat”.

“This is the reality of prostitution in Ireland.”

It said politicians had shown leadership this year, with all four of the major parties backing the introduction of sex-buyer laws which would “wreck the business model of pimps and traffickers”.

Minister for Justice Frances Fitzgerald was including such measures in the new Sexual Offences Bill and it was important this became law “as soon as possible”.

“During the past year Canada and Northern Ireland followed the lead of major US cities, the European Parliament, the Council of Europe, the French National Assembly and Nordic countries in backing such laws – in 2015 Ireland needs to join that growing list.”

Speaking at an EU Anti-Trafficking Day event in October, the Minister noted the Nordic approach to legislation concerning prostitution, which focuses on the criminalisation of the purchase of sex.

She said she was “examining very carefully the potential for legislative measures of this kind to support our efforts to reduce human trafficking”.

Ms Fitzgerald said such legislation was “not simple, nor uncontroversial” and was an issue “on which reasonable people may have profound disagreement”.

Julia (16) is from sub-Saharan Africa. Her mother moved to Ireland when Julia was very young, leaving her behind in the care of a friend.

“While still a child, she was sold, subjected to serious physical abuse and forced into prostitution,” the Immigrant Council of Ireland said.

“Julia attempted to come to Ireland but was instead trafficked to another EU country where she was again forced into prostitution to ‘repay her debt’ to the trafficker.”

After eventually making it to Ireland Julia became homeless, was re-trafficked and was subjected to further sexual exploitation in prostitution with her pimp moving her around the country.

When her situation came to the attention of the Irish authorities, she was taken into the care of the State and applied for asylum.

She was then placed in mixed-gender direct provision accommodation and was subjected to sexual harassment from male residents.

The Immigrant Council’s law centre represented Julia in applying to be formally identified as a victim of trafficking and to be granted permission to reside in Ireland while the Garda investigated her circumstances.

“Julia cooperated with gardaí, providing them detailed statements and pointing out locations where she had been exploited.”

The investigating garda recognised that it would be appropriate to recommend for her to be identified as a victim of trafficking.

Julia was granted temporary permission to reside in Ireland, which means she now has access to education, work and social services.