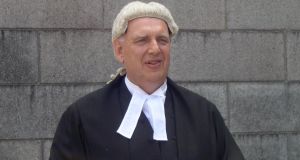 Mr Justice Garrett Sheehan suspended a seven-year prison sentence on the rape charges for five years because of the “wholly exceptional” circumstances of the case.

A man who raped his wife’s 14-year-old sister has been given a suspended jail sentence after a judge ruled that imprisonment would impose extreme hardship on the rapist’s family.

Two of the 52-year-old man’s young sons have autism and require 24-hour care and attention. A third child has many medical health issues.

Following a four-day trial in February the man was convicted by a jury at the Central Criminal Court of raping the victim on two occasions and of indecently assaulting her on two other occasions over an eight-month period between September 1985 and May 1986. He was 24 at the time. He had denied all charges. He had been remanded in custody on conviction pending his sentence.

Mr Justice Garrett Sheehan suspended a seven-year prison sentence on the rape charges for a period of five years today because of the “wholly exceptional” circumstances of the case.

In a 10-page judgment he ruled it was in the interests of society and of the man’s family that this family unit is “preserved and supported” because of the level of care required by the children.

He said that, in considering the appropriate sentence, the most important matter the court must acknowledge is the huge suffering endured by the woman as a result of the rape.

In her victim-impact statement, which was read out at a previous hearing, the victim said it was hard to find words for the “contagious and insidious effect” the abuse had had on every aspect of her life, or to describe the “pain, trauma, loss and sadness” she continues to feel every day.

The now 41-year-old woman said the rape had “stolen her teenage years and her curiosity for life” and that all of a sudden things such as school, sport and friends had become irrelevant to her.

“I just wanted to die because he caused me so much pain, anguish and turmoil. Part of me was stolen, killed and lost for ever,” she said. “I will have to live with this invasion of my body all my life.”

She said she knew her sister loved her, so she kept it all bottled up. She started to drink in order to cope, hoping that one day that she would “wake up and it would all be over.”

She said her children have suffered because they have not known how to help her, except to come into her bedroom at night when they hear her crying and offer her a tissue.

The victim was babysitting her sister’s children when the accused came into the box room where she was sleeping and raped her. The court heard that the same thing happened on another occasion after the victim had been babysitting.

Mr Justice Sheehan said the offences lay at the top end of the midrange of the scale and, in the absence of any mitigating factors, seven years was the appropriate sentence. He said the absence of any other convictions and the fact that the defendant had “self-rehabilitated” since the offences were committed 27 years ago were significant mitigating factors.

In relation to the man’s present family circumstances, the judge noted that since the man was jailed last February the woman has been left to care for two autistic children who require 24-hour care and attention. A report from her GP stated that this was putting a “huge strain” on her. A report from a teacher of one boy, who has a severe form of autism, stated that his behaviour and progress has already rapidly deteriorated since his father’s imprisonment.

The judge noted a submission from defence counsel that the man’s commitment to his present family was demonstrated by the fact that at one point he and his partner worked back-to-back 12-hour shifts in a local business to “provide some additional comforts for their children”.

The judge said he had to take into account the seriousness of the crimes as well as the special demands of the man’s young family which require his full-time presence as an active father. He said: “Imprisonment . . . will impose extreme hardship on his family, particularly on his partner and his son.

“The evidence in this case disclosed that the defendant not only has the capacity to remain an effective parent but also that it is in his family’s interest as well as society’s interest that the family unit in this particular case be preserved and supported.”