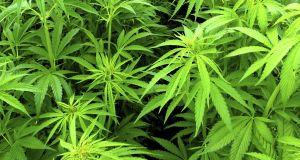 Residents in the Dublin suburb of Malahide were said to be surprised by the discovery of a suspected cannabis grow house in a Chinese restaurant close to the local garda station.

A man was in custody on Saturday following the find at Silks, which was made after the emergency services were contacted about a fire at the premises.

It is understood that more than 10 small containers of cannabis were discovered by gardaí.

Fingal mayor and Malahide resident Cllr Anthony Lavin said residents were surprised by the find given the restaurant’s location across the road from the garda station.

Cllr Lavin said the establishment was well known in the area.

“It’s been a long established restaurant. It’s been in the village since I came here (about 30 years ago),” he said.

No charges have yet been brought against the suspect, aged in his 50s, who was arrested at the premises.

In a statement, gardaí said they were called to the scene of a fire on Thursday at about 7.30pm. While dealing with the incident, they happened upon cannabis plants and a possible growhouse at the premises.

The suspect is being detained at Coolock Garda station.