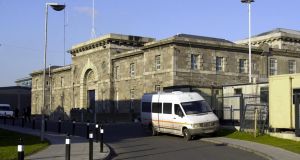 Prison officers are worried that the recent wave of gangland crime could result in further violence in the State’s jails once the perpetrators are locked up.

Jim Mitchell, deputy general secretary of the Irish Prison Officers’ Association, said he had “absolute confidence” gardaí would catch those behind attacks such as at the Regency Hotel in Dublin last month when heavily armed men opened fire at a boxing weigh-in killing one man and wounding two others.

He said the public view was that once criminals were jailed “well that’s it, it’s over”, but this was not the case for prison officers.

Mr Mitchell was speaking after new figures showed a rise in compensation claims by prison officers for the fourth year in a row. Some 79 applications were made to the Scheme of Compensation for Personal Injuries Criminally Inflicted on Prison Officers last year. The number of claims has increased by almost 50 per cent since 2012. The number of awards approved by the Criminal Injuries Compensation Tribunal, which administers the scheme, also increased from 46 to 56 last year. However, the compensation given to injured officers fell from almost €1 million in 2014 to €575,000 last year – an average payout of some €10,000, compared with €21,000 the previous year.

Last year three officers in Mountjoy Prison were injured in a knife attack, and there was a riot in Cloverhill Prison.

An Irish Prison Service spokesman said instances of violence, harassment or aggression against prison staff fell from 144 in 2014 to 91 last year.