Michaella McCollum has been sentenced to six years and eight months for attempting to smuggle drugs out of Peru. McCollum (20) and Melissa Reid (20) were arrested in August 2013 after over 11kg of cocaine was found in their luggage at Lima airport. 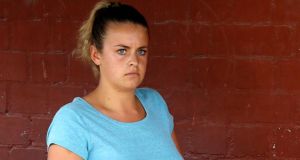 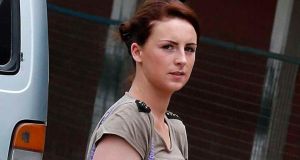 Dungannon woman Michaella McCollum and Glaswegian Melissa Reid were today sentenced to six years and eight months for attempting to smuggle drugs out of Peru.

Michaela McCollum (20) and Melissa Reid (20) were arrested four months ago after over 11kg of cocaine was found in their luggage at Lima’s International airport.

The women protested their innocence claiming that they were both separately duped by an unnamed man in Ibiza. They claimed they were then held captive by a criminal gang and were forced to fly from Spain to Peru in order to act as drug mules for the gang.

The women pleaded guilty to drug trafficking and asked to be considered for the “early termination” process in September.

“Early termination” implies that there is no trial once the prosecution and defense reach an agreement. The judge then emits a reduced sentence based on the agreement reached by both parties.

According to Peruvian law, “a confession of guilt is valid only when it is sincere and there is a full acceptance of responsibility”.

It is on this point that Peruvian state prosecutor Juan Rosas unexpectedly rejected the women’s guilty plea saying that their claim that they were kidnapped and coerced into carrying the drugs was untrue.

He said at the time, “The state prosecution considers that they [Michaella McCollum and Melissa Reid] have not fully accepted the charges.”

Calling the claim of kidnapping and coercion, “a version to excuse guilt,” Mr Rosas then successfully petitioned the court for a further hearing to clarify the women’s claim. Mr Rosas said at the time that he wanted to give the women the opportunity “to reconsider their version and accept fully the charges put by the prosecution”.

He also warned that if the women continued to claim they were forced to carry the drugs against their will the prosecutor would not accept their petition for “early termination”.

In a closed court Ms McCollum and Ms Reid made further declarations about their case in front of judge Pedro Miguel Puente Bardales.

According to Article 296 of the Peruvian Penal Code drug smuggling carries a sentence of between 8 - 15 years in prison. “Early termination”allows for the number of years to be reduced, which in Ms McCollum and Ms Reid’s case means a sentence of 6 years and 8 months jail time.

Michaella McCollum and Melissa Reid had no family members present for the hearing.

Anita Lamont from a group called the Foreign Women Prison Ministry, who visits the women in the Virgen de Fatima jail said prior to the sentencing, “they have been bearing up well, they hope that eventually they will be able to serve some of their sentence at home.”

She said the women were learning Spanish and were taking part in craft classes run jail.

Mrs Lamont had hoped to be allowed into the courtroom to give moral support but was refused entry.

“It is hard to see them handcuffed like this,” she said.

The women’s defence lawyer Meir Fischmann refused to comment as he left the jail other than to confirm the sentence.

The women were transferred from the Virgen de Fatima prison in south west Lima where they have been held in remand, to the Sarita Colonia jail in the port of Callao for the hearing.