Freedom of expression must be central to changes to Act, Press Council of Ireland says 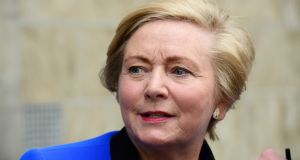 Minister for Justice Frances Fitzgerald: says it is important to ensure the law “offers effective protection against damaging comments which are defamatory and can cause such distress”. Photograph: Cyril Byrne/The Irish Times

The newspaper industry, the Press Council of Ireland and the National Union of Journalists have welcomed a review of the defamation law announced by Minister for Justice Frances Fitzgerald.

A public consultation process on the current law, which dates from 2009, begins on Tuesday.

The review is taking place against the background of an appeal to the European Court of Human Rights against a libel award to public relations consultant Monica Leech of €1.25 million made against Independent News & Media.

Announcing the review Ms Fitzgerald said defamation law needed to strike the right balance between the right to freedom of expression and the right to protect your good name and reputation.

“We want to ensure that our journalists, commentators and news media can exercise their vital role in a democratic society, to report, investigate and challenge, independently and vigorously, in the public interest,” she said.

Ms Fitzgerald said it was also important to ensure the law “offers effective protection against damaging comments which are defamatory and can cause such distress, spread so quickly and stick so fast, particularly online or in social media”.

She said the 2009 Defamation Act already recognised the important role played by the press council and the Press Ombudsman.

“A cross-cutting concern for the review is to consider how we can further develop redress that is accessible, affordable and effective for all concerned. I look forward to strong stakeholder engagement in this review,” said Ms Fitzgerald.

Under the public consultation process, organisations or individuals wishing to contribute to the review are invited to send a submission by December 31st.

“The costs involved and the level of awards made place an enormous burden on publishers. Since 2010, defamation actions have cost NewsBrands members in excess of €30 million,” the organisations said in statement.

“Awards made in Ireland are wholly out of kilter with other jurisdictions, including the UK, where effectively a cap of £275, 000 (€305,000) exists, though the reality is that awards rarely exceed £100,000, a fraction of the levels awarded in Ireland.”

The review was also welcomed by the National Union of Journalists. Séamus Dooley, the Irish secretary of the union, said reform of the current law had long been sought by the media industry.

“However, this review should be seen as a welcome step for all citizens. It must be a review aimed at enhancing freedom of expression rather than simply a means of reducing defamation costs,” he said.

Mr Dooley said the defamation laws were too often used by wealthy business interests to suppress freedom of expression. He also called on those with influence in the print industry to take a proactive role in promoting use of the press council as an alternative to the libel courts.