Killer Saverio Bellante could be freed if treatment successful 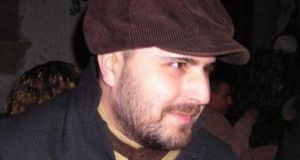 Saverio Bellante: his chances of securing release depend on the success of his treatment and the risk he poses to the community and to himself

The special verdict of not guilty by reason of insanity was introduced with the enactment of the Criminal Law (Insanity) Act 2006.

The Act dealt with those who found themselves before the courts for offences committed while they were suffering from varying degrees of mental illness. It introduced the concept of “diminished responsibility” for people charged with murder who were suffering from mental instability or a mental disorder at the time.

The verdict of “not guilty by reason of insanity” was also provided for. It extended more flexibility to courts in murder cases involving people suffering from psychiatric disorders at the time they killed. It allows courts to refer people with mental illness for care or treatment in designated psychiatric centres on an inpatient or outpatient basis as an alternative to prison.

Once psychiatrists give evidence at trial that the accused person meets the criteria for the special verdict, the legislation states the jury “shall” reach such a verdict instead of the tradition guilty verdict to the charge of murder.

During the trial last month of Saverio Bellante, two psychiatrists were clear in their evidence that the Italian met the criteria for the special verdict, which was returned by the jury. The 2006 legislation also established the Mental Health (Criminal Law) Review Board. It is charged with reviewing the cases of those like Bellante who have been found “not guilty by reason of insanity” or who fall psychiatrically ill while in jail.

Such reviews take place every six months. Based on the evidence of those treating the people in question, the board can direct continued treatment at a designated closed facility such as the Central Mental Hospital, where Mr Bellante is being held.The board also has the power to grant temporary or full release with conditions or on an unconditional basis.

It means Mr Bellante’s chances of securing release depend on the success of his treatment and the risk he poses to the community and to himself.