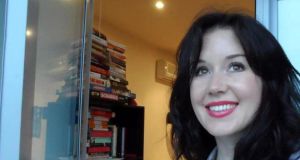 Jill Meagher (pictured). Her husband Tom has described hearing his wife’s killer speaking a sentence for the first time as ’disturbing’ 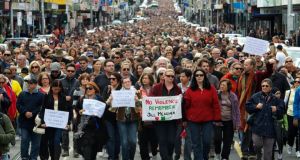 Jill Meagher’s husband has spoken out about the “chilling” moment when his wife’s killer first spoke in court and the dangers of believing in the “monster myth”.

Ms Meagher, originally from Drogheda, was walking a short distance home in the Melbourne suburb of Brunswick when she was raped and murdered by Adrain Bayley.

The 29-year-old’s body was later dumped in a field outside of the city.

Bayley, who committed 20 rapes or attempted rapes over 23 years,was sentenced to life in prison with a non-parole period of 35 years.

In an essay Tom Meagher wrote for the White Ribbon campaign in Ireland, a movement organised by men to stop violence against women, he remembered Adrian Bayley speaking in court for the first time.

“One of the most disturbing moments of the past eighteen months of my life was hearing my wife’s killer form a coherent sentence in court,” he said.

“I never heard him manage more than a monosyllabic mumble into his chest. This was different. There was a clarity of communication, sentence structure, and proper articulation. It was chilling.

“When I heard Bayley forming sentences in court, I froze because I’d been socialised to believe that men who rape are jabbering madmen, who wear tracksuit bottoms with dress shoes and knee-high socks. The only thing more disturbing than that paradigm is the fact that most rapists are normal guys, guys we might work beside or socialise with, our neighbours or even members of our family. “

In his article The Danger of the Monster Myth , Mr Meagher said although Bayley was “archetypal monster” this was not the case for most attacks and rapes against women every day.

“ I had formed an image that this man was not human, that he existed as a singular force of pure evil who somehow emerged from the ether,” he said.

“By insulating myself with the intellectually evasive dismissal of violent men as psychotic or sociopathic aberrations, I self-comforted by avoiding the more terrifying concept that violent men are socialised by the ingrained sexism and entrenched masculinity that permeates everything from our daily interactions all the way up to our highest institutions.

“I wonder at what stage we will stop being shocked by how normal a rapist seemed.”

Mr Meagher remembered the day 30,000 people marched down Sydney Road in honour of victims of violence.

“ I watched on TV as the long parade of people reacted to their anger at what happened to Jill with love and compassion, the very opposite of everything Bayley represents,” he said.

“The more I felt the incredible support from the community, the more difficult it was to ignore of the silent majority whose tormentors are not monsters lurking on busy streets, but their friends, acquaintances, husbands, lovers, brothers and fathers.”

Mr Meagher said it should be recognised Bayley’s crimes against prostitutes led to the “brutal murder”of his wife.

“We cannot separate these cases from one another because doing so allows us to ignore the fact that all these crimes have exactly the same cause – violent men, and the silence of non-violent men,” he said.

“I dreamed for over a year of how I would like to physically hurt this man, and still often relish the inevitable manner of his death, but wouldn’t it be more beneficial for Jill’s memory, and other women affected by violence to focus on the problems that surround our attitudes, our legal system, our silence rather than focusing on what manner we would like to torture and murder this individual?”

“We can only move past violence when we recognise how it is enabled, and by attributing it to the mental illness of a singular human being, we ignore its prevalence, its root causes, and the self-examination required to end the cycle.”

Mr Meaghar said every day since Jill’s death he read a quote by Maya Angelou.

“History, despite its wrenching pain, cannot be unlived, but if faced with courage, need not be lived again.”