Reporting project reveals shocking case of children with lice, ringworm and no food 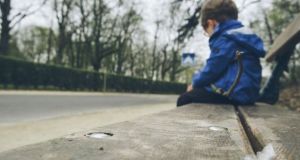 The cases of four Roma children, taken into care from an “uninhabitable” house, are among those recounted in the latest batch of cases published by the Child Care Law Reporting Project.

The children were wearing inadequate clothing, suffered from dental problems and had ringworm and lice, the report on their case, held in a provincial District Family Court, said.

There were allegations of domestic violence, neglect, poor school attendance and criminality in the family and the children did not know how to play. The house was “uninhabitable” and contained no food.

There had been 15 referrals made to the Child and Family Agency about the family, and emergency care orders were to be sought for seven children. But when social workers and gardaí came to the home, only five were present. Their mother refused to say where her two youngest children were.

While all five were placed in emergency care, the eldest, in her late teens, absconded from her placement.

The remaining four children were taken into care permanently. One of the children, a boy, was described as “affable, mild-mannered and funny” with a drive to learn. Social workers said he desired to stay in his foster placement forever and he wanted “to have a passport, be a Catholic and be as smart as his friends”.

Another of the children was described as “lost”. She had often been placed in used clothes bins to feed the clothes out through the spout.

“The child spoke about being locked in a van and was often chastised by the mother as she was not good at stealing,” the report said.

The mother told the court she had no life without her children, and her heart was broken.

Ruling that the four children should remain in care, the judge said the mother had failed to co-operate with the social work department or comply with court orders. She said parental access was to be left at the discretion of the agency.

The cases include one in which a High Court judge held an inquiry into the provision of psychiatric services for children in secure care units. A child in secure care had written a letter of complaint.

The clinical director of the HSE Child and Adolescent Mental Health Services was among those who gave evidence in the case. The judge found screening for psychiatric illness in secure care centres was “ad hoc” and said a plan should be developed.

As a result, a protocol was developed between the agency and the HSE and funding was approved for a psychiatrist to visit three secure units, one day a week each.

Commenting on the latest report, project director, Dr Carol Coulter, said the second phase of the project would continue reporting on child care cases, but with in-depth research into a number of very lengthy and complex cases.

“We hope we can learn from these cases how to improve child care proceedings for children and their families,” she said.