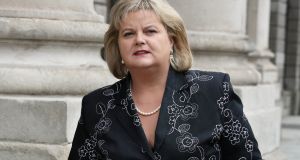 The Supreme Court has decided to directly hear an appeal by former Rehab chief executive Angela Kerins to the High Court’s finding against her in the case she took against a Dáil committee.

Given the exceptional nature of the case, the court ruled it could now “leapfrog” the Court of Appeal.

The Supreme Court found that the case involves matters of general public importance including the legal safeguards for witnesses who appear voluntarily before the Public Accounts Committee, and the role, if any, which the courts have in protecting such witnesses.

A three-judge Divisional Court of the High Court found that, as claimed by Ms Kerins, she had been damaged personally and professionally by how she was treated when she appeared before the committee, but dismissed her case as there was no legal remedy available for the wrongs perpetuated.

Under the Constitution, the courts are not allowed make findings arising from “utterances” in the Oireachtas.

The Supreme Court noted that the Constitution guarantees to vindicate the personal rights of citizens and protect them from unjust attack.

The court will now address whether, as claimed by Ms Kerins, the ruling by the Divisional Court overruled earlier findings in Re Haughey and Ardagh vs Maguire (the Abbeylara judgment), two important rulings to do with the rights of people who come before Oireachtas committees, and the powers of those committees. The State does not agree with the Kerins submissions in this regard.

Businessman Denis O’Brien is currently seeking that his appeal from a High Court ruling in relation to his complaints about the Dáil Committee on Procedures and Privileges, go directly to the Supreme Court.

His case also involves the constitutional prohibition on the courts reviewing utterances in the Oireachtas.