Anglo was more “sticky” about personal recourse than other banks 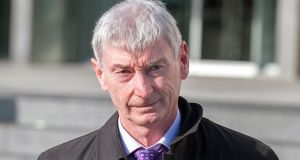 Sean Reilly was the first of the “Maple 10” to give evidence yesterday. He described his occupation as “building, developing and investing”.

He asked Reilly was he a wealthy man back then? “That would be correct,” Reilly replied.

He agreed he owned a large portfolio of office blocks in Dublin and borrowed from banks from both Ireland and overseas. Reilly mentioned his office was in the Iveagh Court Complex, a 210,000 sq ft office development he owned in Dublin 2. He said he had between 10 and 15 other loans from Anglo at the time he borrowed money from it to buy CFDs from Seán Quinn. “Some would have no recourse depending on the property,” he said.

He said Anglo was more “sticky” or “concerned” about borrowers giving some personal recourse on its loans than other banks. Bank of Ireland, for example, had lent him money with “no personal recourse” and it was “much the same with AIB”.

He said Whelan was “very straightforward,” and he “absolutely” trusted him.

Reilly was later called back and told the court there was “nothing unusual” about being approached by a bank with a potential deal. He said he had got involved with Anglo in another transaction after it approached him. This was the first time a deal had involved shares, he said.