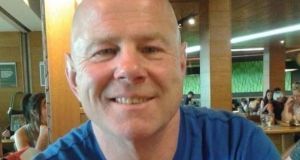 David Douglas (55) was shot six times as he took a meal break at the counter in his partner’s shop, Shoestown, on Bridgefoot Street, Dublin 8.

A 25-year-old man has pleaded guilty at the Special Criminal Court to helping facilitate the murder of David Douglas.

Last year, Gareth Brophy was charged with the murder of Mr Douglas at Dublin District Court, and in January of this year he was returned for trial at the Special Criminal Court. This trial was scheduled to begin on January 13th, 2020.

However, on Friday afternoon Brophy, with an address at Reuben Walk, Dublin 8, appeared before the Special Criminal Court and pleaded guilty to a lesser charge of helping to facilitate Mr Douglas’s murder.

The charge is that he, on the 1st July, 2016, within the county of Dublin, with knowledge of the existence of a criminal organisation, participated in activities with intent to facilitate the commission by that criminal organisation of a serious offence – the murder of David Douglas at Bridgefoot Street, Dublin 8.

This offence is contrary to Section 72 of the Criminal Justice Act, 2006.

When arraigned for this charge, Brophy was asked how he wished to plead and he replied: “Guilty”. The court heard Brophy will be sentenced in January.