Man found not guilty of murder of Roma teenager 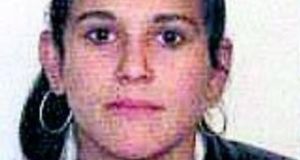 Marioara Rostas: was just two weeks in Ireland, after arriving from very poor circumstances in Romania, when she was abducted in 2008.

Alan Wilson has been found not guilty of murdering Marioara Rostas (18) in Dublin six years ago. The teenager died of four gunshot wounds to her head and her body was buried in a shallow grave.

Wilson (35), a Dublin criminal, from New Street Gardens, had pleaded not guilty to her murder at Brabazon Street, The Coombe, Dublin, on January 7th or 8th, 2008.

The five-week trial at the Central Criminal Court heard that the victim was Roma from very poor circumstances in Romania. On January 6th, 2008, just a fortnight after her arrival here, the family was begging at the junction of Lombard Street and Pearse Street behind Trinity College.

Her younger brother, Dumitru, testified that he saw her talking to a man in a car at about 2pm that day. This man told the then 13-year-old boy that he would take Marioara to McDonald’s for food and be back in 10 minutes. The family never saw her alive again.

However, a very upset and frightened Marioara rang her brother in Romania the following day and cried for her “Daddy to come get her”.

An investigation began but there were no developments for a number of months. The investigation then led to the examination of a house on Brabazon Street. This had been the home of Wilson’s sister, Maxine Wilson, and her partner, Fergus O’Hanlon, who was Wilson’s friend at the time.

Dumitru also identified the silver Ford Mondeo in which he last saw his sister. Wilson admitted owning this car, but denied driving it at the time.

Both Wilson and O’Hanlon were arrested in October 2008 and questioned, but no more progress was made until late 2011. Then, while being questioned about another crime, O’Hanlon offered gardaí information on the case.

In January 2012 he led them to Kippure, a mountainous area on the Wicklow border.

Gardaí first found an empty ready-made grave or bunker, but later found the teenager’s body lying in a foetal position in a shallow grave. She was mummified in plastic tightened by duct tape, a pillowcase was over her head and a knotted sheet wrapped around her legs. The cause of her death was four gunshot wounds.

He testified that on January 8th, 2008, he helped Wilson, a father of four, bury her body and later cleaned up the blood in his home. “It was ‘damned if you do’ and ‘dead if you don’t’,” he claimed in court.

O’Hanlon said they drove up the mountains to Kippure, where he said Wilson looked around for the bunker. He said he couldn’t find it and that the two of them then dug the shallow grave.

However, O’Hanlon was the subject of a number of days of robust cross-examination by Michael O’Higgins SC, defending. O’Hanlon insisted that he was telling the truth, but Mr O’Higgins told the jury that it had got “a master class in perjury” from him.

Seán Gillane SC, prosecuting, said that given the context, the evidence was never going to come from an altar boy. He said O’Hanlon had already gotten away with assisting a killer when he decided to help gardaí.

Mr Justice Patrick McCarthy warned the jurors that it would be dangerous to convict on the basis of his uncorroborated evidence. The jury spent just two hours and 53 minutes deliberating before reaching a unanimous not guilty verdict.