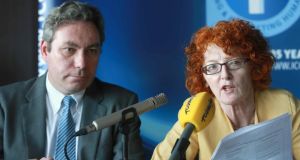 Ireland should hold two referendums, including one on abortion, to bring its treatment of women in line with international human rights law, the United Nations has said.

In observations published yesterday on Ireland’s compliance with the International Covenant on Civil and Political Rights (ICCPR), the UN’s Human Rights Committee also raises concerns about violence against children.

It formally called for the referendums on abortion and on the place of women in society.

The committee’s report says both the new abortion legislation and the Constitution must be revised to ensure women who are pregnant as a result of rape, incest or who have a diagnosis of fatal foetal anomaly have access to abortion if they choose it. It also calls for access to abortion where a woman’s health is at risk.

The concluding observations come after the fourth “periodic review” of Ireland’s compliance with the ICCPR, last week in Geneva. The 18-member committee heard from NGOs as well as from an Irish Government delegation, led by Minister for Justice Frances Fitzgerald. The covenant is a key human rights instrument guaranteeing fundamental rights.

On the State’s stance on abortion, the committee rejected an argument that the Protection of Life During Pregnancy Act 2013, having come about after a long debate, complied with Article 25 of the covenant which protects the right to vote and self-determination, and so complied with the covenant.

Ireland rapporteur on the committee Yuval Shany said a majority vote in parliament could not be used to deny human rights to a section of society. To do so would amount to the “tyranny of the majority”, he said.

In its observations, the committee reiterates its “previous concern regarding the highly restrictive circumstances under which women can lawfully have an abortion owing to article 40.3.3 of the Constitution and its strict interpretation by the State party.” Article 40.3.3 guarantees to protect, as far as practicable, the equal right to life of the unborn and the pregnant woman.

The committee is concerned about the continued criminalisation of abortion in cases of rape, incest, fatal foetal anomaly and where there is a serious risk to a woman’s health.

On the issue of suicidality in a pregnant woman, the committee is concerned about the “excessive degree of scrutiny by medical professionals for pregnant and suicidal women leading to further mental distress”, demanded in the act.

It calls on the Government to “revise its legislation on abortion, including its Constitution” to enable women who would be entitled to an abortion under international human rights law, to access one here and also to swiftly clarify what constitutes a real and substantive threat to a woman’s life.

It welcomes a recommendation from the Constitutional Convention last year that a referendum be held on Article 41.2 which says that “by her life within the home a woman gives to the State a support without which the common good cannot be achieved,” and guarantees to protect mothers from having to work outside the home “to the neglect of her duties within the home”.

The committee says: “The State party should take concrete steps . . . to facilitate the amendment of Article 41.2 of the Constitution to render it gender neutral and further encourage greater participation of women in both public and private sectors.”

It raises concerns about domestic and sexual violence against women – saying that this “remains a serious problem” here – and about the institutional abuse of women and children and the fact it is still legal to hit children here.

The UN refers to “the lack of prompt, independent, thorough and effective investigations into all allegations of abuse, mistreatment or neglect of women and children in the Magdalene Laundries, children’s institutions, and mother-and-baby homes”.

The committee is calling for reforms in the direct-provision system of accommodating asylum seekers, saying people are spending too long in it, that it is not conducive to family life and it raises concerns about the absence of an independent complaints process for people in the system.

It calls for the establishment of a single-application procedure for all grounds of international protection with a right of appeal to an independent body. Ireland should do this “without further delay”.

On Travellers, the committee calls on the State to “take concrete steps to recognise” their ethnicity and address their housing needs.

Concerns are also raised about the non-consensual use of psychiatric medication and electroshock treatment, the lack of non-denominational schools, the lack of appropriate assistance to victims of human trafficking and prison conditions.