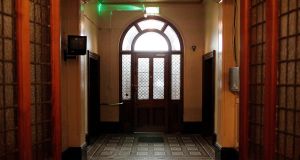 Four women who claim they were used as forced labour in a Magdalene laundry have brought High Court proceedings challenging the refusal to admit them to the State’s compensation scheme for survivors.

The Magdalene laundry compensation scheme was set up by the Government in 2013.

The basis for the women’s exclusion is that, while it is accepted that they had worked at St Mary’s Refuge Magdalene Laundry at High Park Convent, Drumcondra, Dublin, they were not actually admitted to that institution.

Instead, they had been admitted to An Grianán Institution, located in the grounds of the convent of the Sisters of Our Lady of Charity of Refuge, High Park, Grace Park Road, Drumcondra.

An Grianán was deemed a separate and specific institution to the laundry.

The women claim that while they were residents at An Grianán they were forced to perform labour for no pay at the laundry every weekday.

In their judicial review proceedings, all four women want High Court orders quashing the decisions refusing to admit them to the scheme.

They claim their exclusion is unreasonable and irrational, that it flies in the face of common sense and breaches their rights to Constitutional justice and fair procedures.

Permission to bring the challenges was granted, on an ex-parte basis, by Mr Justice Richard Humphreys, who returned the matters to early December.