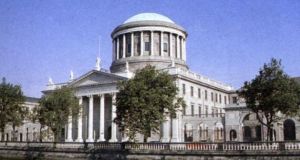 A vet has won his High Court challenge against the decision to remove him from all temporary inspector panels after he wore a Donald Trump mask while working at a meat plant.

Ms Justice Tara Burns said in the “cold light of day” Dr Declan Gill must know his actions, including wearing a mask of the current US president the day after he was elected at the Rosderra Irish Meats plant in Roscrea, Co Tipperary, was “inappropriate.”

However, in her judgment the judge said the Department of Agriculture’s decision to remove Dr Gill from the panel, which resulted in him losing a very significant portion of his earnings, seemed “very extreme”.

After considering submissions from Dr Gill, represented by Peter Ward SC, and the Department, the judge said she was satisfied the vet’s dismissal from the panel “flies in the face of fundamental reason and common sense”.

The decision, made by a group appointed by the Department to look into complaints against the vet, was disproportionate, unreasonable and irrational, she said, adding that “using a sledgehammer to crack a nut is the most appropriate adage for this case”.

In all the circumstances, the judge said she was satisfied to quash the decision removing Dr Gill from the panel.

Dr Gill, Newgarden, Castleconnell, Co Limerick, sued the Department over the February 20th, 2017 decision removing him from all temporary veterinary panels which oversee slaughter of animals at meat plants.

That arose from an incident on November 9th 2016 when Dr Gill went to work at the Rosderra plant, where he was a temporary inspector.

Mr Delaney, who the court heard had difficulties with Dr Gill, had claimed the vet approached him with the mask on, made a closed fist gesture and said: “You’re dead”, leaving him feeling intimidated.

Following a complaint from the meat plant to the Department, a departmental decision group removed Dr Gill in February 2017 from temporary veterinary inspector panels, work from which he derived 70 per cent of his income.

Dr Gill claimed this was an unlawful decision made in breach of his right to fair procedures and without his having had an oral hearing.

Dr Gill denied it was a closed fist gesture and the decision group had said it was not possible for the Department to assess whether there was a “threat event” and had not considered that aspect in reaching its decision.

He also claimed there was no issue when he wore a Barack Obama mask in the plant eight years earlier and neither the safety of Mr Delaney nor others were at risk.

After giving her judgment the Judge adjourned the case to a date in October when final orders will be made.