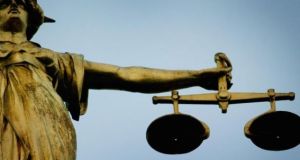 A local residents’ group is taking a legal challenge aimed at overturning planning approval for a development of 446 apartments in Dundrum, Co Dublin

A local residents’ group has initiated a legal challenge aimed at overturning planning approval for a development of 446 apartments in Dundrum, Co Dublin.

Concerned Residents of Wesley Estate, Clonard Estate and Ballawley Court Estate, with an address at Sandyford, Co Dublin, are represented by John Kenny BL, instructed by F.P Logue solicitors, and will apply to the High Court on Monday for leave to bring the judicial review proceedings.

The action, against An Bord Pleanála and the State, is aimed at overturning the board’s decision of January 6th last granting permission for 446 apartments and associated works at the site of Gort Mhuire Carmelite Centre, (Marmalade Lane) Wyckham Avenue, Dundrum, Dublin 16.

The fast-track permission was granted to 1 Wyckham Land Ltd after the board designated the proposed development a strategic housing development (SHD) under the Planning and Development (Housing and Residential Tenancies) Act 2016.

A SHD does not have to proceed via the normal planning route, where permission is first sought from a local authority. Instead, the board can directly grant permission.

The grounds of challenge include claims that the “closed” pre-application consultation procedure provided for in the 2016 Act, involving the applicant developer, board and local authority, is incompatible with Article 6.4 of the Environmental Impact Assessment (EIA) Directive and/or the requirements of fair procedures and natural justice.

The issues raised concerning the disputed procedure may require a reference to the Court of Justice of the EU, they say.

Further claims include the planning decision is invalid because, contrary to what the board determined, the application materially contravenes the Dún Laoghaire Rathdown County Development Plan, including concerning housing density and height.

The board concluded the proposed net density of 180 housing units per hectare did not constitute a material contravention of the county development plan (CDP). The plan refers to average densities of 35-50 units per hectare for such lands and says, in certain instances, higher densities will be allowed where it is demonstrated they can contribute towards the objective of retaining the open character and residential amenities of the lands.

The CDP also refers to the number of dwellings being determined by reference to 2009 government guidelines on sustainable residential development in urban areas that state average net densities of 35-50 dwellings per hectare should generally prevail for such developments.

The board disagreed with its inspector’s recommendation to refuse permission because the inspector considered the proposed 180-unit density meant the open character of the institutional lands was not being retained.

The board held that if two of the proposed six blocks of apartments were removed from the scheme, the incorporation of those areas into the open public space provision would provide “meaningful open space”.

The residents say the board particularly erred in not addressing whether the proposed 180-unit density “contributes” towards retaining the open character of the lands. The board had no power to render a particular development complaint by removing elements of it, they claim.

Further claims are that the inclusion of a large section of a bike parking area near one of the apartment blocks as “public open space” contravenes the CDP, that a proposed narrow jogging route does not meet the minimum quality threshold for calculating public open space and the board failed to adequately consider the potential impact of the proposed development on bats, a protected species.