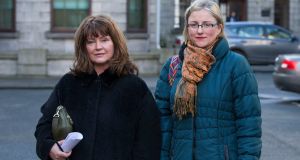 The Supreme Court has refused the Pro Life Campaign’s application to be heard in the State’s forthcoming appeal concerning the extent of the constitutional rights of the unborn.

The three-judge court said the appeal concerned purely legal issues and the assistance the campaign could offer would be minimal.

It was also concerned, if the campaign was allowed to get involved in the February 21st appeal, that other groups involved in the referendum would also seek to be heard, creating potential for the issues to become more general and policy related.

The campaign sought to be joined as an amicus curiae – an assistant to the court on legal issues.

It voiced particular concern the State would press for a decision that Article 40.3.3 – the Eighth Amendment giving equal protection to the right to life of the unborn and its mother – embodied the totality of the rights of the unborn.

The State opposed the campaign being involved, arguing the core issues concerned Irish constitutional law and the campaign could not bring any additional expertise the lawyers already involved did not have.

It also expressed concern at the perception of a “partisan” organisation campaigning for a particular outcome in the referendum being involved in the appeal.

Lawyers for the respondents to the appeal - a Nigerian man, his Irish partner and their child, who was unborn when the case was initiated in 2015 - adopted a neutral position but stressed the Pro-Life Campaign need not be concerned becuase the State’s arguments would be met “as forcefully as we consider appropriate”.

That judgment, which found the unborn had rights beyond Article 40.3.3, was delivered in July 2016 and was immediately recognised as having “potentially wide ranging implications” but no application was made immediately after it to join the case notwithstanding any general interest in, or expertise about the legal status to be accorded to unborn children in pregnancy, he said.

It was therefore reasonable to infer this application to be joined was precipitated by the increased discussion of the case in the context of the forthcoming referendum.

That was not surprising because the potential interaction between the wide ranging decision of the High Court concerning the constitutional status of the unborn, and the subject matter of any referendum in relation to Article 40.3.3, was “obvious”.

As long as the High Court decision is under appeal, there was “inevitable uncertainty” about the correctness of that decision. Both parties to the appeal accepted the matter was of general public importance and it was in those circumstances the State sought an early hearing.

If the people of Ireland were asked to change their basic law, there “should not be avoidable uncertainty” about what the law was, he stressed.

It was possible the outcome of the appeal might not satisfy any or all of the parties and might not result in greater certainty but there was clear public interest in the court hearing it, he said.

In this case, what was before the court in the appeal was a “pure issue of law” and no question of any medical or social issue had to be decided.

The only expertise required was legal, the sides were legally represented and the respondents to the appeal were represented by an experienced legal team familiar with the issues. It was also particularly significant the lawyers for the respondents disavowed any suggestion they were disadvantaged because of how the case had been fast-tracked. There was also no concern about resources as the State would meet their costs.

The Pro-Life Campaign had also not identified any particular legal argument it believed it could advance to particular effect which was unsurprising given the constraints on a party seeking to intervene in litigation, he said.