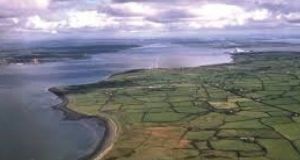 Friends of the Irish Environment (FIE) is fighting permission for development of a liquid natural gas terminal at Kilcolgan, near Tarbert in north Kerry.

An environmental group has got permission from the High Court to bring a significant challenge over how the controversial €500 million Shannon LNG terminal and pipeline was included in a list of EU Projects of Community Importance.

The case by Friends of the Irish Environment (FIE) centres on the decision making procedure, involving the European Commission and the State, leading to the inclusion of the Shannon project in the 4th EU list of Projects of Community Importance (PCI list).

The 4th PCI list was approved this week by the European Parliament and inclusion in it entitles projects to the “most rapid treatment legally possible”, consideration as being of public interest from an energy policy perspective and, possibly, as of “overriding public interest”.

Objectors, including the singer Cher, have raised several concerns, including about its proposed use of fracked gas.

In separate, earlier, proceedings challenging an extension to 2023 of permission for the development, the High Court sent issues to the Court of Justice of the EU (CJEU) for determination and an opinion in that case is due on April 30th from that court’s advocate general.

In dealing on Thursday with the second case, Mr Justice Denis McDonald said he was satisfied FIE had made out a good case for judicial review and praised its lawyers for the clarity in which they had set out their grounds.

The case is against the Minister for Communications, Climate Action and the Environment, Ireland and the Attorney General. It centres on the decision making procedure, which involves both EU member states and the Commission, in relation to approval of the 4th PCI list insofar as it relates to inclusion of the Shannon LNG project.

The judge said a copy of the proceedings may be sent to the Commission but it should be made clear the High Court was not purporting to exercise jurisdiction over the Commission.

James Devlin SC, with John Kenny BL, instructed by solicitor Fred Logue, for FIE, said it had no objection if the Commission wished to appear in the proceedings.

The judge made directions for submissions concerning whether FIE is entitled to protective costs status under the Aarhus Convention or Environment (Miscellaneous Provisions) Act 2011.

FIE, with an address at Eeyries, Beara, Co Cork, wants several reliefs, including a reference to the CJEU to determine the validity of the October 2019 delegated act of the Commission adopting the PCI list insofar as it includes the Shannon LNG terminal and connecting pipeline. A PCI is defined as a project necessary to implement energy infrastructure priority corridors and areas.

FIE wants the High Court to quash the inclusion decision on grounds including alleged failures to properly analyse the relevant criteria for inclusion. The State, it is claimed, did not have any, or any adequate regard to a range of matters, including matters specified in the Climate Action and Low Carbon Development Act 2015.

It claims the State is in breach of its obligation to provide a “clear mechanism” to allow FIE contest the validity of a decision of the Commission or the purposes of the preliminary ruling procedure set out in Article 267 of the Treaty on the Functioning of the EU.

The PCI list inclusion process breached FIE’s natural and constitutional rights, including to participate in that process and to be provided with written reasons for the impugned decision, it says.

FIE also contends the Commission failed to meet its obligation under the relevant European regulation to conduct any assessment of the “sustainability” of the Shannon project, or any of the PCI projects. Sustainability includes, inter alia, reducing emissions, supporting intermittent renewable generation and enhancing deployment of renewable gas, it says.

It says it is unclear whether the Commission considered, and if so, how it concluded, the Shannon project was “necessary” for at least one of the energy infrastructure priority corridors.