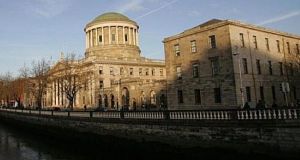 In correspondence St John of God denied the investigation is flawed and said it was entitled to proceed, resulting in the bringing of the High Court action. File photograph: The Irish Times

A social care manager with St John of God has settled proceedings taken against his employer over what he claimed was a flawed disciplinary process against him.

The matter came before Ms Justice Leone Reynolds. She was told the parties had resolved the matter, that the case could be adjourned to all the terms of the settlement agreement, which is confidential, be implemented.

The judge agreed to adjourn the matter to a date later this month.

Last month Mr Smyth secured a temporary injunction preventing his employer from conducting a disciplinary meeting, called arsing out of the contents of an investigation into certain allegations against him.

In his action Mr Smyth, who denied all allegations of wrongdoing, claimed the complaints made about him in 2015 were vague and lacking in specifics.

Those complaints were made after he raised issues with his manager about false reports made by others working at a special school for young people operated by St John of God.

Represented by Frank Callinan SC, with Johanna Mehigan and Conor Duff, Mr Smyth claimed the investigation – upon which the disciplinary process was based – was highly flawed.

It was claimed the employer brought in an independent HR professional to conduct an investigation arising out of allegations made against Mr Smyth.

Mr Smyth was cleared of any wrongdoing at a very early stage by his employer regarding the complaint by the investigator, who ultimately cleared Mr Smyth of the allegations against him. But it was claimed the investigator made certain adverse findings, which he was not entitled to do about Mr Smyth.

Arising out of those adverse findings an investigation was launched by Mr Smyth’s employer. His lawyers called on John of God to cease the investigation.

In correspondence John of God denied the investigation is flawed and said it was entitled to proceed, resulting in the bringing of the High Court action.