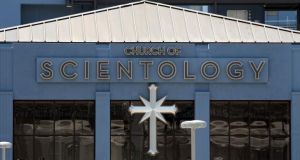 A judge has warned warring members and former members of the Church of Scientology to “sit down and be reasonable” with each other if they want to avoid a massive legal costs bill.

Scientologists Zabrina Collins and Michael O’Donnell have won High Court orders restraining former Scientologists Peter Griffiths and John McGhee from harassing, assaulting or intimidating them in work they do for their church.

Judge Jacqueline Linnane addressed all of the parties in the Circuit Civil Court, which is now handling the case, and told them the clock had already started ticking on a mounting legal bill both on High Court and Circuit Court costs.

“I would have thought that a prudent manner of dealing with this would be for people to be reasonable and sit down and talk about it,” she said. “Don’t be surprised if there is a massive legal bill at the end of the day if notice is not taken of what this court is saying.”

She said the costs bill had started “tick, tick ticking” and warned all of the parties to hear her words.

“Be reasonable and try to reach a solution here to save some money. You can reach an accommodation that is acceptable to each side, ” she said.

Mr O’Tuathail, who appeared with John Smith and solicitor Cormac O’Callaigh, said the undertakings would continue until February 2nd when the linked defamation and injunctive proceedings would be heard.

Barrister Frank Beatty, counsel for Ms Collins and Mr O’Donnell, had told a pre-Christmas sitting of the High Court that Ms Collins had been intimidated by the two former church members as she handed out anti-drugs leaflets outside the Church of Scientology premises in Middle Abbey Street, Dublin.

He said Ms Collins and Mr O’Donnell were scared and frightened “and they should be”. They had been constantly harassed and assaulted by Mr Griffiths and Mr McGhee, he said.

Mr O’Tuathail told the court his client denied having done anything wrong. The two cases have been adjourned for hearing until February 2nd.