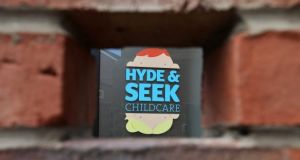 The Dublin creche chain was at the centre of an RTÉ Investigates programme. Photograph: Collins

A High Court judge will rule next week whether to grant an injunction restraining an insurer repudiating insurance policies for a Dublin creche chain at the centre of an RTÉ Investigates programme.

Ironshore said its move arose from investigations by it arising from matters in the RTÉ programme and subsequent media reports.

Ironshore disputes the applicants claim the matter is covered by an arbitration clause in the policies terms and conditions.

It says it had validly served notice of cancellation of insurance, due to come into effect on November 1st. The applicants got interim orders on October 24th restraining cancellation pending further order.

On Friday, Ciarán Lewis SC, for the applicants, applied for the injunction to continue pending an intended arbitration.

Hugh McDowell BL, for the insurer, opposed the application.

Mr Justice David Barniville will give his decision next Tuesday.

In affidavits, Ann Davy, a director of the applicants, said she had taken out policies with the insurer year-on-year from January 1st, 2014.

She said the RTÉ Investigates programme, entitled ‘Creches, Behind Closed Doors’, involved placement of two undercover workers by RTÉ for about four months and, after it was broadcast on July 24th, 2019, there was “exceptionally negative and widespread media coverage”.

She disputed the insurer is entitled to avoid the policies on grounds including her failure, when entering into the policies, to disclose a District Court conviction of her in 2004 along with other adverse findings against her in 2006.

The 2004 conviction was for inadequate supervision and having inadequate staff and attendance records arising from a three-year-old boy being left behind during an outing to Fairview Park in 2004.

The insurer also alleged non-disclosure of a May 2006 finding that Ms Davy had failed to ensure enough supervising adults for the children in her care and that no corporal punishment was inflicted.

A €1,500 fine and costs order imposed on Ms Davy after being accused by the HSE of failing to ensure a sufficient number of supervising adults for pre-school in April 2006 was also not disclosed, it claimed.

The insurer further claimed failure by Ms Davy to ensure her staff were Garda vetted before working with children.

Solicitors for Ms Davy said the Fairview Park incident arose when she was operating as a sole trader, she had defended herself “vigorously” and a number of inspection reports around this time were “generally favourable”.

They also said the May 2006 corporal punishment issue never proceeded to court and the supervision issues were dealt with.

On the Garda vetting, they said Ms Davy is “actively dealing” with Tusla in relation to these matters, the insurer would be kept updated and Ms Davy had confirmed the creches are currently in compliance with all Garda vetting requirements.

Ms Davy said the terms of the proposal form did not require her or the applicant companies to disclose the matters complained as those matters pre-dated 2014 when the creches first took out policies with the insurer.

She had answered and signed the proposal forms accurately and to the best of her knowledge and belief and free from any fraudulent or dishonest intent or motive, she said. She made all relevant disclosures and provided the information in the full belief the matters now raised by the insurer would not have had any influence on its assessment and acceptance of insurance.

The insurer maintains she was required under the policies to provide the information referred to by it and had also given an “unsatisfactory” response to the Garda vetting issue.