HSE and hospital apologise for role in pensioner’s death 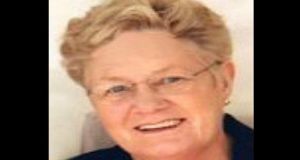 Injuries suffered by 75-year-old Christina McGagh were not identified in hospital after she fell down the stairs at home. She died five months later.

Multiple rib fractures suffered by a 75-year-old woman were not identified when she was X-rayed and scanned in hospital after falling down stairs at her home and she died five months later, the High Court has been told.

St Luke’s Hospital Carlow-Kilkenny and the Health Service Executive apologised in court on Wednesday over failings in the treatment and care provided to Christina McGagh and “the tragic consequences” of those.

Mrs McGagh, of Ballon, Co Carlow, had seven fractures to her ribs at the right side of her chest and was in pain after the fall on October 31st 2012, her family’s counsel Patrick Treacy SC told the court. When she was brought after her fall to the hospital, there was failure to identify the multiple fractures in her right side chest area and the family’s case was that had she been properly treated she would have recovered, he said.

The apology was read to the court as Mrs McGagh’s son Tom, who had sued the HSE on behalf of the family, settled the High Court action for €265,000.

The apology stated: “On behalf of the HSE and St Luke’s Hospital, Carlow Kilkenny we would like to express an unreserved apology to you and your family for the failings in treatment and care afforded to your mother while a patient in the hospital in October 2012. The hospital regrets the tragic consequences of these failings and we extend our deepest sympathy to you and your family arising from her subsequent death on March 28th 2013.”

Outside court, Mrs McGagh’s daughter Kathryn said the family was relieved the case was over.

“We accept the apology and the admission of liability. It was never about money. A very important person in our family was lost and can never be replaced. We miss her every day,” she said.

The family hoped the policies and procedures at the hospital will be reviewed in light of this case, she added. In the action by Tom McGagh, of Ballinrush, Myshall, Co Carlow, on behalf of the family, it was claimed there was failure at St Luke’s Hospital Kilkenny to properly and adequately consider or read the various X-rays and CT scans taken of Mrs McGagh’s chest, shoulder and spine and to identify multiple right side rib fractures on the films.

It was further claimed her condition was caused to deteriorate significantly. Liability was admitted in the case. Mr Treacy said Mrs McGagh fell down the stairs and was brought by ambulance to the Kilkenny hospital complaining of pain in her spine and right side of the chest. X-rays and scans were taken and she was suspected of having a fracture of the thoracic spine, he said.

On November 1st, Mrs McGagh continued to complain of pain over the right side of her chest and the next day, complained of breathlessness and a further chest X-ray was performed. On November 5th, following orthopaedic review of the images, she was diagnosed as having a compression fracture of her thoracic spine and referred for fitting of an upper-body brace. On November 6th, it was thought she may have sepsis. Another X-ray was later taken of her chest but the diagnosis of a compression fracture of her thoracic spine remained. She was discharged from hospital on November 13th but continued to complain of right side chest pain and shortness of breath. She was admitted to the emergency department on November 26th and an angiogram revealed a large pleural effusion.

Her condition deteriorated and she was transferred to a Dublin hospital on December 1st, 2012, where she was found to have profound sepsis, acute renal failure and numerous fractures to her ribs on the right side with an underlying lung collapse. She died in the Dublin hospital on March 28th, 2013.

Approving the settlement, Mr Justice Kevin Cross sympathised with the family on their loss.