Girl who fractured ankle as she jumped off trampoline settles action for €35,000 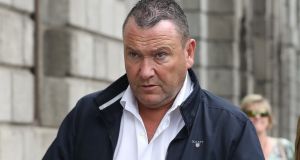 A schoolgirl who fractured her ankle as she jumped off a trampoline has settled her High Court action for €35,000.

Shauna O’Gorman was attending a gymnastic event as part of a school tour at the time of the incident in 2015, Mr Justice Kevin Cross was told.

The children were lining up and taking turns jumping on the trampoline. The girl had already jumped on the trampoline once and was just finishing her second go when the accident happened as she jumped off.

Now aged 13, of Shanliss Avenue, Santry, Dublin, the girl, through her father Joseph O’Gorman sued Irish Gymnastics Ltd,trading as Gymnastics Ireland with offices at Blanchardstown, Dublin and which carries on business at Excel Gymnastics, Celbridge Industrial Estate, Celbridge, Co Kildare as a result of the accident on June 12th 2015.

Shauna was on the premises as part of a school tour group and was participating in an activity of jumping on the trampoline when the accident occurred.

The claims were denied and it was contended there was negligence by the young girl who, it was claimed, landed on a crash mat in an awkward manner. It was also pleaded she had allegedly failed to say she previously had broken her left foot.

It was also claimed the girl failed to follow specific and repeated instructions given to her regarding the correct way to land on the mats.

The child’s counsel Sara Moorehead SC told the court the children were jumping onto matting on the floor and an independent witness on their side, another parent, would say she felt the mats on the floor were not close enough together.

The fracture of the ankle was “uneventful” and an MRI last year showed the child’s ankle was back to normal, counsel said

The court heard the girl had a plaster on her ankle and could not go on holiday to Turkey for the first week of the family holiday that year but was allowed to fly for the second week.

Approving the settlement Mr Justice Cross said it was a good one and there was a risk, if the case went on, the child may not succeed.