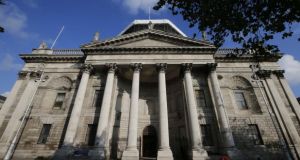 In 2018, a retired High Court judge, Mr Justice Daniel Herbert criticised as “confused, inappropriate and inadequate” the Garda response to emergency calls made after Mr Kelly went into the water on the night in question. Photograph: Nick Bradshaw

A woman is seeking permission to bring a High Court challenge over the Attorney General’s refusal to direct a fresh inquest into the death of her brother who drowned in Dublin’s docklands more than 12 years ago.

In 2018, a retired High Court judge, Mr Justice Daniel Herbert criticised as “confused, inappropriate and inadequate” the Garda response to emergency calls made after Mr Kelly went into the water on the night in question.

Mr Kelly, aged 24, is thought to have gone into the water at 12.15am and could be heard making repeated calls for help.

Residents from nearby apartments called the Garda around 12.28am and gardaí attended the scene some 15 minutes later.

Gardaí located Mr Kelly in the water about 12.55am and he slipped under the surface at 12.58am, shortly after emergency fire and river rescue services arrived on the scene.

In his report following an inquiry into allegations of Garda failings or misconduct, Mr Justice Herbert recommended “an urgent investigation” into the capacity of gardaí to respond correctly and effectively to emergency calls from the public.

An inquest in 2009 found Mr Kelly died due to misadventure. His family claims that hearing was flawed and, in light of Judge Herbert’s serious findings, a new inquest is required.

At the High Court on Monday, lawyers representing Emma Kelly told Mr Justice Charles Meenan they are unhappy with the original inquest which they claim was tainted by procedural irregularities.

They allege there was a failure to call eye witnesses to the death of Mr Kelly and a witness who could give evidence about the Garda investigation.

It is also alleged the family was not given the option to have the inquest heard by a jury and was asked by a solicitor representing them which verdict they wished the coroner to give.

The court was told the Attorney General had last October declined the family’s request to use his powers under the 1962 Coroner’s Act to order a fresh inquest into the circumstances of Mr Kelly’s death.

Emma Kelly, from Dominic’s Park, Athy, Co Kildare is seeking, in judicial review proceedings against Ireland and the Attorney General, orders quashing the decision and directing him to order a new inquest. It is claimed the decision [not to order a fresh inquest] was unlawful, unfair, irrational, contrary to the public interest, and in breach of the 2003 European Convention on Human Rights.

The application for leave to bring the proceedings was made on an ex-parte (one side represented) basis.

Mr Justice Meenan directed the application for leave should be heard on notice to lawyers for the respondents and returned the matter to March.