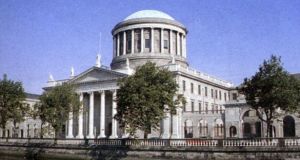 The High Court has approved a payment of €35,000 by a Dublin maternity hospital to the family of an infant boy who died a few hours after he was delivered.

The High Court has approved a payment of €35,000 by a Dublin maternity hospital to the family of an infant boy who died a few hours after he was delivered.

Couple Asumpta Sweeney and Jason Butler, and their family, had sued Coombe Women and Infants University Hospital arising out of the death of Rory Jason Sweeney Butler at the hospital on November 19th, 2015 last.

The family from Drimnagh, Dublin 12, claimed the hospital had been negligent, and for the nervous shock they suffered due to Rory’s wrongful death in the hospital’s neo-natal intensive care unit.

Liability in the case was admitted by the defendant.

The payment, which is statutory compensation known as the solatium for distress, to the family was formally approved at the High Court on Tuesday by Mr Justice Robert Eager.

Richard Kean SC, instructed by solicitor Caoimhe Haughey for the plaintiffs said that the case arose out of what the untimely and “very tragic” death of Rory.

The money, counsel said, is to be paid to Rory’s parents and to his siblings.

Other family members had waived any entitlement to any payment out of the award, counsel added.

Counsel added that other related but separate proceedings have been brought arising out of Rory’s death.