Couple taken off housing list after birth of eighth child 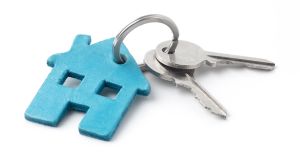 The court heard the Wards were very concerned about being taken off the housing list. Photograph: iStock

A jobless couple were removed from a local authority housing list because their annual social protection income had jumped to just over €29,000 after the birth of an eighth child, the High Court was told on Tuesday.

Winnifred and Joseph Ward have challenged the legality of Westmeath County Council’s decision to drop them from the waiting list after deeming them ineligible due to increased income.

The couple told the court that the council informed them in May it was removing them from the social housing list because their household income now exceeded the maximum threshold of €28,750 per year for two adults and eight children as set by the Department of Housing Guidelines.

The Wards, of Alverno Drive, Willow Park, Athlone, Co Westmeath, had been on the council’s social housing list since 2011 and say their only income is derived from social welfare payments including job seeker’s allowance, rent supplement and child benefit.

Their children range in age from 17 years to six months, and the family are currently residing in private rented accommodation. Mrs Ward, in a sworn statement to the court, said that before their eighth child was born in January last the family’s income from social welfare was just under the €28,750 threshold for the Co Westmeath area.

Following the birth, her job seeker’s allowance increased slightly leaving her with an income of about €340 a year over the threshold allowed for social housing.

They also say the decision has deprived the family of fair procedures, and breaches both their Constitutional Rights and their rights under the European Convention on Human Rights, and they are seeking an order from the court quashing the council’s decision of May 31st last dropping them from the social housing list.

Ken Fogarty, SC, counsel for the family, told Ms Justice Bronagh O’Hanlon that the family would also be seeking an order reinstating them to the social housing list.

Mr Fogarty, who appeared with barrister John Connellan and T and N McLynn, solicitors, said the family felt they were being “discriminated against” for having an eighth child.

He said their solicitors had written to the council seeking reinstatement to the list but had been told this was not possible under the 2011 Social Housing Assessment Regulations.

“Given the situation, no discretion seems to have been applied in the Wards’ case,” Mr Fogarty said.

He told the court that the Wards were very concerned about being taken off the housing list and feared that after many years waiting for a local authority house they could end up going to the back of a queue.

Judge O’Hanlon adjourned the application, which was heard on an ex parte basis, until October next.