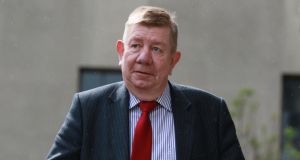 William McClean, who has settled his High Court action for damages against the Sunday World. Photograph: Courts Collins 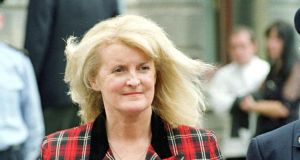 Catherine Nevin pictured in 2000. She was jailed for life after being convicted in 2000 of murder and on charges of soliciting others to kill her husband. Photograph: Collins

A man who gave evidence for the prosecution in the trial of murderer Catherine Nevin has settled his High Court action alleging he was defamed in a newspaper article.

William McClean, with an address at Harold’s Cross, Dublin, had sued Sunday Newspapers Ltd, publishers of the Sunday World, over an article published in that newspaper on March 21st, 2010.

The article was headlined: “Mystery over ‘missing’ Black Widow files”.

A jury was sworn in to hear the case on Tuesday but legal discussions ensued in their absence.

They were sent away until Wednesday morning when John O’Donnell SC, for Mr McClean, said the case had settled on confidential terms, apart from a term involving a statement being read to the court.

Oisin Quinn SC, for the defendant, then read a statement which said: “The defendants are happy to acknowledge that William McClean is not, and never was, a registered Garda informant.”

Following the reading of the statement, Mr Justice John Hedigan, on consent of the parties, struck out the proceedings.

Mr McClean was a key prosecution witness in Ms Nevin’s trial for the murder of her husband Tom in March 1996 at their pub, Jack White’s Inn, near Brittas Bay, Co Wicklow.

Now aged 64, Ms Nevin was jailed for life after being convicted in 2000 of murder and on charges of soliciting others to kill her husband.