Latest payout to Adam Aylward, now 11, is to go towards his care for the next three years 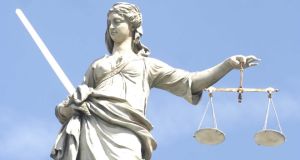 A young boy with a form of cerebral palsy, who previously received a €2.2 million payment under a settlement of his High Court action over negligence in the circumstances of his birth at Waterford Regional Hospital, has secured a further €450,000 payment.

The latest payout to Adam Aylward, now 11, is to go towards his care for the next three years.

Adam, through his mother Deirdre, Knocktopher, Co Kilkenny, had sued the Health Service Executive alleging negligence in the circumstances of his birth on December 5th, 2003. He was born by emergency Caesarean section when his mother was 28 weeks pregnant.

In 2013, a High Court judge ruled that a doctor’s diagnosis of abruption, which led to the decision to perform the Caesarean, was wrong on the balance of probabilities.