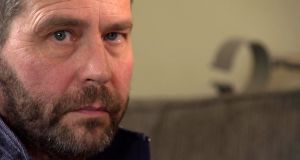 Four men remanded in custody in connection with the abduction and false imprisonment of Quinn Industrial Holdings director Kevin Lunney last year are to face an additional charge.

Kieran Madigan, State solicitor for Roscommon, told Harristown District Court that the four men would be charged with causing serious harm under Section 4 of the Non-Fatal Offences Against the Person Act. The offence carries a maximum sentence of life imprisonment.

The four men were charged with assault causing harm and false imprisonment when they were arrested in November.

A book of evidence was sent to the Director of Public Prosecutions (DPP) on January 31st in connection with the case.

Mr Madigan requested that the four men be remanded in custody for a month when a date would be set to move the case back to Cavan District Court for the additional charge and the serving of the book of evidence. The maximum period a defendant can be remanded in custody, after an initial hearing, is 15 days unless the defendant and prosecutor consent to a longer period. Judge James Faughnan was told that none of the four men consented.

Defence solicitor Alan Gannon said the defendants wished for the case to proceed as quickly as possible.

The judge then remanded them in custody for a week as there is no sitting of the court in a fortnight’s time. Mr Madigan said the DPP has indicated that the matter will proceed by indictment.

Mr Madigan previously told the court outlined that it was a very complex case with more than 1,000 lines of enquiry, 400 statements, extensive CCTV footage and a large amount of phone data.