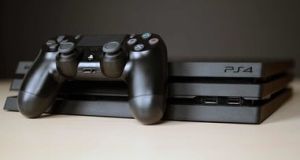 ‘Parents are under tremendous pressure ... with Playstations and video games and whatever, that will sometimes take over,’ said Judge Anthony Halpin

Two teenage truants whose mother faced a possible jail sentence because they missed “chunks” of school have agreed to a change of rules about their Playstation after a meeting with a judge.

The boy and girl were before Dublin District Court where their mother is accused of breaking the Education (Welfare) Act by not complying with official warnings about her children’s school attendance. She is being prosecuted by Tusla, the Child and Family Agency (CFA).

School attendance notices were sent in October 2017 and November last year in relation to her son and daughter who are in their mid-teens.

On October 31st, defence solicitor Emer O’Sullivan told the court the south Dublin woman was a “very caring mother and really does her best” and had “two lovely kids”.

Ms O’Sullivan had said the teens were not taking the matter seriously and she suggest a meeting the judge would help.

“I would frighten the bejesus out of them,” the judge had replied.

The court had heard that had been no improvement in the boy and girl’s attendance at their secondary school.

Education and welfare officers were doing their best but the brother and sister, needed “an extra bit of pressure”, the court was told.

Judge Anthony Halpin agreed commented that the only chance of advancement or a career was through education. “Parents are under tremendous pressure, a lot more pressure that when I was a child, with Playstations and video games and whatever, that will sometimes take over,” he said.

The prosecution agreed that huge chunks of school days had been missed, particularly by one of the siblings.

Judge y Halpin agreed to the suggestion to speak directly to the pair in the company of an education and welfare officer, the defence solicitor and their mother.

Meanwhile education officers were to continue to impress on them the importance of the case.

The siblings met the judge in private on Thursday, as planned. Afterwards when the case was called in court he said: “We came out with rules, especially in relation to the Playstation”.

He said the meeting was done in a “good cop, bad cop way”. The case was adjourned until a date in January to monitor progress.

The mother has not yet indicated how she will plead.

The minimum school leaving age is 16 years, or the completion of three years of post-primary education.

The penalty on first conviction is a fine of up to €1,000 and a possible one-month sentence per charge.