Apprentice electrician killed in 2013 when working on equipment 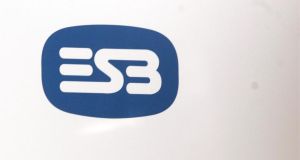 The ESB has been fined €250,000 after a 22-year-old apprentice electrician was killed when he became confused about which part of the equipment he was working on was live. The court heard no visual warning sign or flag was placed inside the cubicle to warn employees there was a live electrical apparatus overhead.

The company pleaded guilty at Dublin Circuit Criminal Court to failing to manage and conduct maintenance work on an indoor 38kw cubicle T142 for the safety of their employees at St Margaret’s Road, Finglas, Dublin on January 15th, 2013.

Shane Conlon, from Santry, Dublin, was alone cleaning equipment in a cubicle in the plant but no flags were displayed to show him which parts of it still had electricity.

A Health and Safety Authority inspector said Mr Conlon likely got confused about what parts of the cubicle were live when he returned after lunch. His body was found 40 minutes after he came back from his break.

The person originally in charge of the four-man team was off sick and a less experienced staff member was put in charge. He asked for a manual on how to proceed but was not given one.

Patrick Gageby, SC, defending, read a statement of appreciation from the ESB, saying Mr Conlon was an excellent apprentice and was not just someone they worked with but someone they were close with. Mr Gageby said it was not a case in which the employer had taken shortcuts, pushed workers excessively hard or taken risks the court may have seen in other such cases.

HSA inspector Mark Madigan said the person in charge was fully capable but had managed only two projects before and had never overseen work in such a tight cubicle. He said there was “a lack of supervision for a vulnerable employee as he was still an apprentice”.

Judge Martin Nolan said although it was an accident, that did not mean no one was at fault. He said the “€250,000 signifies that this is a serious matter.”