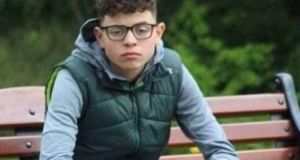 A jury has begun considering its verdict in the trial of a teenager accused of murdering another teen during a melee in a Dublin park.

Mr Justice Paul McDermott at the Central Criminal Court told the six men and six women that they must decide whether the 17-year-old accused is guilty of murder or manslaughter.

The accused, who cannot be identified because he is a minor, pleaded not guilty to murder but guilty to the manslaughter of Azzam Raguragui (18) at Finsbury Park, Dundrum, Dublin 14 on May 10th, 2019.

The trial has heard that a fight broke out between two groups of teens following a row about a bicycle.

“The central issue is whether the accused honestly believed the force he used was necessary in the circumstances as he believed them to be,” he added.

The jury must consider, the judge said, what the accused thought at the very moment when he inflicted the stab wounds. If he honestly believed he was acting in self defence but used more force than a reasonable person would consider necessary, then he is guilty of manslaughter and not murder, the judge said.

However, if the prosecution has excluded the possibility that he believed he was acting in self defence then the correct verdict is guilty of murder.

Mr Justice McDermott added: “You have to examine carefully the honest belief of this young man in the circumstances at the time and assess that honest belief on the basis of the evidence.”

He asked the jury to consider the nature of the threat to him and the level of force used against him.

He added that if the force used in inflicting the wounds was the result of a planned attack, or due to anger or retaliation then the defence of self-defence is not open to him.

The jury will return to the Central Criminal Court on Wednesday to continue their deliberations.