‘One day we hope she wakes up and doesn’t remember,’ victim’s daughter tells court 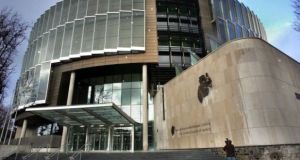 A healthcare assistant who raped an elderly woman in her nursing home bed during the Covid-19 lockdown has been jailed for 11 years.

The woman’s family described how they had been unable to comfort their mother by hugging her as they normally would since the rape in April. The woman, in her 70s, remains terrified the man will return to her room.

Her daughter told the court: “We always said we will dread the day she loses her memory but now one day we hope she wakes up and doesn’t remember.”

She described how finding a nursing home for their mother had been an emotional process but said the woman had felt happy and safe in the home. “This animal took that security away,” she said. “We will never forget how that man single-handedly destroyed our mam’s life,” she told the court.

The man (52) pleaded guilty at the Central Criminal Court to raping the woman in her room at 3am on April 3rd, 2020, at a nursing home in the east of the country.

The healthcare worker, who had 15 years’ experience, has no previous convictions and has been in custody since his arrest in April.

Mr Justice Paul McDermott noted the offence had taken place against a vulnerable elderly lady who was totally alone and helpless and was confined to her room due to the Covid-19 lockdown. He noted the offence took place at 3am and she had been without help until morning.

He said this was an egregious breach of trust by a qualified and experienced healthcare worker.

Mr Justice McDermott noted a probation report showed matters of real concern to the court, including that the man had little insight of the effect of his actions on the woman and that although he accepted his actions were heinous and expressed remorse, it was felt his words lacked depth.

He took into account that the man entered an early guilty plea and had otherwise led a blameless and hard-working life.

The court heard how gardaí were alerted after the elderly woman was found in a distressed state the following morning by another member of staff and said she had been raped by the accused.

The woman’s daughter, in a victim impact statement prepared on her mother’s behalf, described how due to Covid-19 restrictions the family had been unable to accompany their distressed mother as she was taken in a Garda car to hospital to be examined at a sexual assault treatment unit.

She said the effect on their mother has been devastating. She is afraid of anyone coming into her room, and checks the bathroom to make sure the man has not returned to the nursing home.

The woman described talking to her mother on the phone late at night and reassuring her that the “monster” was in prison and could not return to her room to hurt her again.

She said the family were devastated their mother no longer had “the spark” she once did and was traumatised to the point where they could see she had given up.

She said the accused man had taken advantage of his position in the most despicable way.

Sean Gillane SC, prosecuting, said the Director of Public Prosecutions placed this offence in the highest category on the scale.

It was the quickest processing of a rape case in at least 15 years, according to legal sources; less than four months elapsed between the date of the offence and sentencing. The HSE Safeguarding Team is currently conducting a wider investigation at the facility.