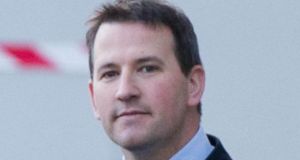 The jury in the Graham Dwyer murder trial has been sent home for the night after having resumed deliberations in the afternoon.

They did not yet reach a verdict, and will resume deliberations at 11am on Thursday.

Their latest period of deliberation lasted one hour and 28 minutes.

Earlier on Wednesday, the judge sent the jury to consider their verdict and told them that if they believed there is a reasonable chance Elaine O’Hara was killed accidentally, they must acquit Mr Dwyer.

“You asked about the kind of verdict in relation to the case,” Mr Justice Tony Hunt said to the jury foreman, who on Tuesday asked the judge what charge it was that they are to consider in relation to Mr Dwyer.

The foreman clarified he “did not mean” the question in the way in which it had “come out”.

“First of all, you’re not obliged to convict,” said the judge. “On the contrary, you can only convict him of one thing, and that is what is on the issue paper.

“The charge is murder. It’s very stark. The prosecution must prove the charge beyond reasonable doubt.”

He continued: “Before you get to intention, you have to decide if there was a stabbing. If the prosecution is in any way short of beyond reasonable doubt, then you must find the accused not guilty.

“You’re not asked to consider an accidental death or anything like that. It’s murder by stabbing. Is there a reasonable hypothesis of the facts conducive with an innocent view of the case?”

Concluding his charge, Mr Justice Hunt said this was a case “based in circumstantial evidence, and I’ve cautioned you to exercise care”.

He said prosecuting counsel Sean Guerin had outlined the similarities between events in Mr Dwyer’s life and that of the user of the mobile phones.

Mr Justice Hunt also said he had “made a number of strong comments” during his charge. “It’s up to you to make up your own minds,” he added.

He also reminded the jury how Mr Guerin contended that lies told by Mr Dwyer during Garda interviews were “calculated lies” and the jury should take them into account in the context of all the other circumstantial evidence.

Mr Justice Hunt also referred to a text message sent to Ms O’Hara by the Master phone which was recovered from the Vartry reservoir, telling her to take a painkiller before meeting up at Shanganagh on the day of her disappearance.

“It’s an odd text to send someone,” he said. “Why would you tell someone to take a painkiller?”

The jury of seven men and five women have returned to deliberating on their verdict.

Earlier, the judge moved to clarify “incorrect” comments he made on Tuesday during the conclusion of his charge to the jury.

Mr Justice Hunt said an assertion he had made in relation to circumstantial evidence having the capacity to prove a case to a mathematical degree was “incorrect”.

“Circumstantial evidence can of course prove things beyond reasonable doubt, but mathematical accuracy doesn’t come into it,” he said. “It’s not a required standard and it’s not a reasonable standard.”

Mr Justice Hunt explained to the jury that he had hoped to discharge them on Tuesday afternoon and because of that he had “shifted up the gears too quickly”.

Mr Justice Hunt said on Wednesday that “if I commented on certain issues, and I did”, then it was just that: “comment”.

Mr Justice Hunt then moved to recap evidence given to the trial by Dr Matt Murphy, who was Ms O’Hara’s psychiatrist at St Edmundsbury’s Hospital, Lucan, where she was discharged from on the day of her disappearance.

Dr Murphy had told the trial he would have been “very surprised” if his patient’s mood had “slipped back suddenly” when she was discharged from hospital.

He also said he would have been “very hopeful at least about the immediate future” for Ms O’Hara when she was discharged.

The jury began deliberating on a verdict at the conclusion of the judge’s final remarks at 3.29pm on Tuesday and had been due to resume their consideration of the evidence at 11am on Wednesday.

Mr Dwyer (42), an architect from Kerrymount Close in Foxrock, is charged with murdering childcare worker Elaine O’Hara (36) on August 22nd, 2012.

He has pleaded not guilty.

Ms O’Hara was last seen near Shanganagh Cemetery at about 5.45pm on August 22nd, 2012. Her remains were found in a wooded area on Killakee Mountain more than a year later on September 13th, 2013.

With the resumption of deliberations, a verdict could be delivered at any stage.

On Tuesday, Mr Justice Hunt told the jury Graham Dwyer must be acquitted if there is a reasonable possibility Ms O’Hara took her own life . “It’s as simple as that,” he said.

He said there was evidence “suicidal thoughts were there, and there very close to the end”, in Ms O’Hara, and it was the extent of those thoughts and how they fed into the day she disappeared that the jury had to consider.

The prosecution said her disposition made her a good candidate for Mr Dwyer’s plan, the judge said, while the defence said suicide was a “working assumption” for gardaí until 2013, and then there was “unseemly haste to push that into the background”.

“It’s fair to say there are straws in the wind that blow both ways,” he said.

Before leaving on Tuesday, the jury foreman had asked the judge: “What do we have to find him guilty of?”

There was laughter in court and the judge said the jury did not have to find him guilty of anything and said the charge was murder, before asking the jurors to retire.

Earlier on Tuesday, Mr Justice Hunt told them to approach deliberations in a logical way and bring themselves to the shoreside at Shanganagh at 6pm on August 22nd, 2012.

“The one thing that you can say with certainty is that two people met that day, one person came home the other didn’t,” he said.

They had to ask themselves where they went, how they went and what they did when they got there. They also should ask “how does the stuff end up in the reservoir?” and how it all played out in the time under consideration: between 6pm and 9pm that evening.

Mr Justice Hunt recapped evidence, including that given by Ms O’Hara’s family, by men she had met on website Alt.com, and that given by Deputy State Pathologist Dr Michael Curtis.

The pathologist had agreed self-harm wouldn’t exhibit bony injury, and strangulation frequently would not.

Stabbing to the chest area would leave marks on ribs, he said, but he sometimes saw stabbings “when they go between the ribs”. Asked if a fatal stabbing to the abdomen would leave bony injury, he told the court “almost certainly not”.

The judge also recapped evidence given by Mr Dwyer’s wife, Gemma Dwyer, and her identification of a spade found in the mountains as being one that went missing from her home.

He said Ms Dwyer identified the spade from a label on it and from paint splatters. But forensic evidence found the paint splatters on the spade were not the same as on the Dwyers’ garden fence.

“You have to be very, very careful in light of the forensic evidence; similar is not enough,” the judge said.

Mr Justice Hunt also referred to Mr Dwyer’s Garda interviews and said, if the jury believed Mr Dwyer lied, they should ask whether it was to hide his guilt or for other reasons.

“Few enough married men would easily own up to a consistent sexual relationship with someone other than his wife,” he said.

He also said if the jury was satisfied the phones, from which text messages had been sent to Ms O’Hara, were Mr Dwyer’s, then he had lied about that to gardaí.

The judge also referred to the hunting knife, purchased by Mr Dwyer and delivered to his office on August 21st, 2012, as “an oddity”.

Mr Justice Hunt also said they should consider the bag found in the reservoir. He said it had a striking similarity to a bag seen on Mr Dwyer’s back in CCTV at Ms O’Hara’s home, Belarmine Plaza. He told them they should draw their own conclusions about it.

He also told the jury they had up to five years’ information about “these people” and they were being asked to use all of that to come to a conclusion about what happened after 6pm on the day Ms O’Hara disappeared.

He also said the texts should be taken along with the video clips. Those show “some capacity to act on fantasies”, the judge said, but the jury had “a much bigger mountain to climb”.

He told them they had to be satisfied beyond reasonable doubt that Mr Dwyer murdered Ms O’Hara by stabbing her for his own sexual gratification.

“You cannot convict unless you are satisfied beyond reasonable doubt; if you are so satisfied, you are obliged to convict,” he said.