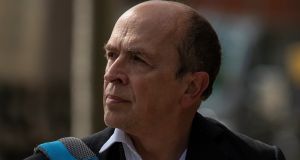 The defence team representing one of the boys accused of Ana Kriégel’s murder asked the trial judge to allow the jury to consider a verdict of manslaughter for their client.

The application, which came after the jury had begun their deliberations, was described by prosecution counsel Brendan Grehan SC as a “legal ambush” while Mr Justice Paul McDermott dismissed it saying it was “artificial” and “unrealistic”.

Making the application Patrick Gageby SC for Boy A said if the jury found that Boy A assaulted Ana they might not be satisfied beyond a reasonable doubt that he had the necessary intent for murder. If that happened and the jury had no option for manslaughter they would only be able to acquit, he said. He added: “Its all duck and no dinner and it is not legally sustainable.”

Mr Grehan said Mr Gageby was taking some legal principles and addressing them to the court without engaging at all with the facts. He said: “I do complain it wasn’t raised at the appropriate time and it wasn’t raised with the judge before he dealt with the charge.”

Mr Grehan called it a “legal ambush” and said there was no defence put forward on behalf of Boy A other than his denial that he was in the house and his claim that he last saw Ana in the park.

“That has been the run of facts in this case,” he said, adding that the defence had maintained that position.

The evidence of former State Pathologist Professor Marie Cassidy was that Ana was violently assaulted and forensic scientist Mr John Hoade gave evidence that blood spatter on Boy A’s shoes showed that he either assaulted Ana or was in close proximity to her when she was assaulted. Her injuries, Mr Justice McDermott said, were “catastrophic” and the prosecution maintained that the intention to kill was proven by the extent of her injuries.

The judge said the defence had not engaged with Professor Cassidy’s evidence or any of the scientific or forensic evidence. He further pointed out that the defence had not engaged with the prosecution’s claim that intention to kill or cause serious injury was proven by the injuries she suffered. He said this was not a criticism and pointed out that Boy A’s defence had closed on the basis of whether the assault on Ana was planned.

Mr Justice McDermott said the issue with regard to manslaughter was whether there was an intention to cause serious injury or death at the time of the killing.

In coming to a decision on whether to give the jury the option of manslaughter he said he had to deal with the reality of the case. He said an evidential and not speculative basis was needed.

He said that it would be nothing more than speculation or conjecture for the jury to consider a verdict of something less than an intention to kill or cause serious injury. A verdict of manslaughter, he said, would require speculation on some “notional basis outside of the reality of the evidence”.

He also said it would be wrong for the court to put to the jury a different scenario to the one adopted by the accused, who said he was not in the house.

Mr Justice McDermott said the application was “artificial” and “unrealistic” and that it would have been appropriate for the defence to raise the matter at an earlier stage in the trial.