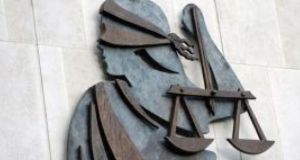 In 2014, the complainant alleged bullying and harassment against nine members of NUIG staff, including Professor Heinz-Peter Nasheuer, Professor of Biochemistry.

An order staying an investigation into complaints of bullying and harassment made by a member of staff at NUI Galway against another staff member has been lifted by the Court of Appeal.

In 2014, the complainant alleged bullying and harassment against nine members of NUIG staff, including Professor Heinz-Peter Nasheuer, Professor of Biochemistry.

Following a Labour Court recommendation in 2016, Janet Hughes, a former regional organiser with SIPTU then working as an industrial and employee relations practitioner, was appointed external independent investigator.

Ms Hughes wrote in April 2017 to Prof Nasheuer advising him the investigation would begin in May 2017 and enclosed its terms of reference and scope, describing those as final. He was advised he could make submissions concerning the proposed methodology, enclosed with other documents.

The terms of reference showed Ms Hughes had identified 35 individual complaints against nine staff members and advised each complaint would be investigated as to whether the alleged behaviour occurred and, if so, whether it represented inappropriate treatment or behaviour as defined under NUIG’s bullying procedures.

Solicitors for Prof Nasheuer disagreed with the process and proposed terms of reference and contended he was entitled to have an input concerning those. Other complaints included delay in that some complaints arose from matters dating back to 2004 and he was only notified in late 2016.

He also alleged objective bias against Ms Hughes for reasons including she, in her capacity as a SIPTU representative, acted for the complainant in another matter before the Labour Court involving NUIG in 1996.

Ms Hughes said she met the complainant twice at that time, had not met her since, neither the complainant nor NUIG had objected to her as investigator and the investigation was being carried out in line with Labour Court procedure.

Last autumn, Prof Nasheuer secured a stay on the investigation concerning him after the High Court held he had established a serious issue to be tried concerning his claim of objective bias against Ms Hughes arising from not being consulted over the terms of reference.

The stay was to apply pending the outcome of his case against NUIG but the college appealed the stay and a three judge Court of Appeal on Wednesday allowed the appeal.

Giving the judgment, Ms Justice Mary Irvine said, in the context of the sensitivity of any person facing such allegations, the concerns of Prof Nasheuer in learning Ms Hughes had previously acted for the complainant some 20 years ago were “perfectly understandable” and needed to be allayed in a satisfactory manner.

The legal test is an objective one and, in this case, a reasonable fairminded observer in possession of all of the facts could not have apprehended bias as a result of any aspect of Ms Hughes’ conduct concerning the terms of reference, she held.

The relevant facts included the complainant was not consulted before the nomination of Ms Hughes as investigator and the procedure did not provide for any consultation with the staff members being investigated concerning the terms of references and scope of the investigation.

Ms Hughes also clarified that any submission Prof Nasheuer wished to make about the antiquity of the complaints would be considered by her during the investigation.

The High Court erred in law in holding Ms Hughes’ failure to consult with Prof Nasheuer was a valid basis for concluding he had made out a serious issue to be tried concerning objective bias, she ruled.

Three relatives dead after apparent murder-suicide in Kanturk, Co Cork 15:54
Covid crisis: Five dead in North and 727 new infections 15:24
Number in hospital with Covid-19 at highest point since May 13:41
Almost 20% of staff at Dublin hospital have antibody evidence of Covid-19 infection 13:23
Family proud of Irish volunteer ancestor who died on hunger strike in 1920 10:33