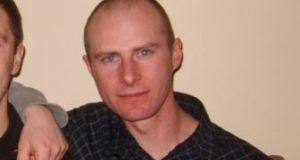 Two families’ lives were changed irreparably by the abduction and killing of Jastine Valdez, an inquest into her killer’s death has heard.

Mark Hennessy was shot and killed by a member of An Garda Síochána on May 20th, 2018 following an intensive search for Ms Valdez, who he had abducted from Enniskerry, Co Wicklow the previous day.

The body of Ms Valdez was located at 3pm on May 21st in thick gorse and undergrowth at Puck’s Castle, Rathmichael, Co Dublin.

“This has been a most difficult inquest for those centrally involved and the Hennessy family in particular. The tragic events that unfolded over a period of a little more than 48 hours in May 2018 were exceptional and unusual in society,” Coroner Dr Myra Cullinane said.

“The public were very moved by the plight of Jastine Valdez. The outcome has meant that two families’ lives were changed irreparably.”

She commended “brave acts on behalf of the public and first responders, sadly without the desired outcome”.

The Hennessy family do not believe there was any malice involved in the shooting of Mark Hennessy, the inquest heard.

The inquest previously heard the Garda who shot Hennessy, known as Detective Garda A, said he was left with no other option as he believed Ms Valdez was in the car with Hennessy and in imminent danger.

Dermot Hickey, solicitor for the family, said on Thursday: “In relation to Detective Garda A the family are of the view that his view was reasonably held, that there was no malice in this situation.

“The family wish to express their gratitude to the jury and all parties involved in this investigation, criminal and civil.”

The jury returned a narrative verdict and issued a number of recommendations, including the establishment of one central communications radio channel for gardaí in emergency situations.

Members of the Hennessy family were present in Dublin Coroner’s Court for the duration of the inquest, which concluded after three days of evidence.

Family members met Hennessy in a car park in Killiney at 3.31pm on the day he died. He was alone in the car and the family passed this information to gardaí.

Mr Hickey asked Garda Síochána Ombudsman Commission (GSOC) senior investigator Nicholas Harden if this information had been relayed to gardaí who attended the scene of the shooting at Cherrywood Business Park at 8pm.

“I was aware of that interaction with the relative, four-and-a-half hours preceding the incident. By the time the Cherrywood incident happened the situation could have changed,” Mr Harden said.

A jury member asked if there was any Garda in charge at the scene of the shooting of Mr Hennessy.

“In a highly stressful dynamic situation as this was, the aim was to get the job done. There wasn’t time to sort out who was in charge,” Mr Harden replied.

The inquest heard that a post-incident manager position is to be created to deal with fatal firearm incidents involving gardaí, to act as a conduit between GSOC and the officer involved.

The post-incident manager will be a member of An Garda Síochána.

The jury endorsed this development as part of their recommendations.

“The system is not in place yet but has been operating very well in the UK and will be adopted soon here,” Mr Harden said.