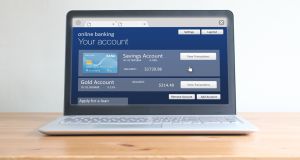 A man who spent €58,000 which was mistakenly lodged in his bank account has been told to pay compensation and to stop making representations in court as he seems “determined to talk himself in to jail.”

He has paid back €20,000 of the money that was mistakenly put in his account.

At a sitting of Cork Circuit Criminal Court, Mr O’Connor’s legal representatives said that he was able to furnish another €1,000.

Judge Seán Ó Donnabháin said O’Connor seemed determined to talk himself in to custody. O’Connor said he would “say no more”, to which the judge replied that the defendant’s “mouth was dangerous.”

The case was adjourned until November 14th to allow O’Connor to raise further compensation in the case.

At a previous sitting of the court Judge Ó Donnabháin told O’Connor that he only succeeded in digging a bigger hole for himself by going into the witness box at Cork Circuit Criminal Court.

Mr O’Connor claimed he did not set out to defraud anybody but the sentencing judge said the accused needed to make a phone call to reality.

Judge Ó Donnabháin said: “I would say, make a phone call and call reality. And when reality rings you, reality will tell you cop yourself on. Pay as much compensation as you can or you will go to jail.”

O’Connor said at a previous hearing: “I have had nothing but trouble since that money landed in my account.

He had previously purchased shares through a firm of stockbrokers and at that time, there was no money in his account.

The money which should have transferred to another client of the stockbrokers went through to the defendant’s account instead.

Defence barrister Niamh Stewart previously indicated O’Connor had said his son died and he used €22,000 of it to pay for the funeral.