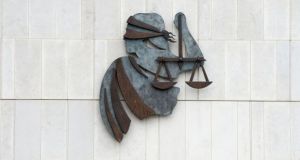 Judge Pauline Codd commended the woman ‘for her courage in coming forward to make this complaint’.

A father of four who sexually assaulted a vulnerable young woman while refurbishing the bathroom in her family home has been jailed for four years.

Judge Pauline Codd said Mujahed Omer (57) had deliberately “concocted a ruse” to seek the woman’s assistance in placing fittings under the bath, causing her to lie on the ground, so he could sexually assault her.

The judge described his actions as “abhorrent behaviour” and “opportunistic” before she added that he had directed his attention to “a vulnerable woman who had grown up in a sheltered environment”. She said, as Omer had grown up in the same faith, he would have been aware of the innocence of the victim.

“This was a gross exploitation of a vulnerable young woman. He exploited her innocence in a most grievous manner,” she said.

Judge Codd noted from the 24-year-old’s evidence during a trial and in her victim impact statement that she grew up in the Muslim faith “in which men did not freely interact with young unmarried women”.

She also acknowledged that because of the woman’s upbringing and religion she would have found such matters very difficult to talk about both in reporting of the incident to her family and gardaí and later during her testimony before a jury.

“I commend her for her courage in coming forward to make this complaint,” Judge Codd said before she noted that the woman had engaged in “self-blaming” and felt she had brought shame on her family.

“There is no blame or shame to be borne on her or her family. The blame and shame are solely on him to bear,” Judge Codd said before she said she hoped the woman could move on now.

Judge Codd acknowledged that Omer had no previous convictions and because of the regard in which he was held in his local community the conviction “represented a swift fall from grace”. She said he still maintained his innocence and had expressed no remorse, before she sentenced him to four years in prison.

Omer of Castlegate Row, Adamstown, Lucan, Dublin, had pleaded not guilty at Dublin Circuit Criminal Court to one count of sexually assaulting the then 21-year-old woman at her family home on August 20th 2017.

He was convicted by a jury following a trial last December.