‘The mirror is my enemy. It pains to see my reflection’ - victim 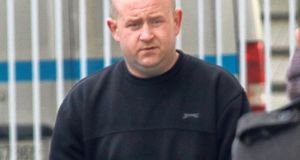 A woman who was scalded, stabbed, and beaten by her then boyfriend has told a court it now pains her to see herself in the mirror.

“The mirror is my enemy. It pains to see my reflection,” Simone Lee (39) said in her victim impact statement at Limerick Circuit criminal court.

The court heard Ms Lee suffered severe burns to her face, neck, trunk, and eyelids after the attack by Ryan. She was also stabbed in the back, and sustained a brain injury as a result of which she suffers short-term memory problems.

The court heard gardaí, responding to a 999 call from a member of the public, arrived at Ms Lee’s flat at Hassett’s Villas, Thomondgate, to find her lying face down, semi-conscious, and naked from the waist up.

Two televisions and a window had been smashed.

“She had been stabbed in the back, had numerous burn marks, and had obvious head and facial injuries,” prosecution counsel John O’Sullivan told the court.

A medical report on Ms Lee’s injuries stated they had been consistent with her trying to defend herself.

Investigating gardaí initially believed Ryan had poured an acid substance on Ms Lee’s face and body. However they told the court they now believe Ryan used hot water in the attack, which caused serious burns to 10 per cent of the victim’s body.

Gardaí found bloodstains throughout the flat and blood on Ryan’s hands.

She wrote how Ryan had initially been “kind and gentle”.

Addressing Ryan she added: “You didn’t see me as a human being. You beat me to within an inch of my life.”

The court heard Ms Lee has successfully addressed a serious drug addiction problem which she had been suffering from at the time.

Following the assault doctors placed Ms Lee in a medically-induced coma for a three-week period.

She thanked her family for their ongoing support, as well as medical staff at University Hospital Limerick, and at St James’s Hospital, where she has been receiving ongoing treatment for her burn injuries.

She has had to learn to walk again, and continues to suffer from headaches, a tingling sound in her ears, and has balance issues.

“My life is a daily battle,” she said.

She wears a wig as parts of her hair have not grown back where she sustained a serious head wound.

Ms Lee said that since the assault she has “trust issues” and is “nervous and jumpy” around men.

Ryan claimed in garda interviews he arrived at Ms Lee’s flat and found her covered in blood.

He claimed that as he tried to pick her up off the floor of her apartment she threw a step ladder at him which hit his arm and smashed through a window in the flat.

Neighbours had contacted gardaí after hearing shouting and screaming coming from Ms Lee’s flat throughout the day.

Defence counsel Mark Nicholas, said Ryan was unemployed and had two previous convictions, neither for assault.

The court heard that both the accused and the victim had addiction issues at the time.

They were living “chaotic lives at the time”, Mr Nicholas said.

“It was not planned.”

Judge Tom O’Donnell said Ms Lee had to be commended for her efforts in her recovery and for dealing with her addictions issues. He said he will sentence Ryan on October 24th.