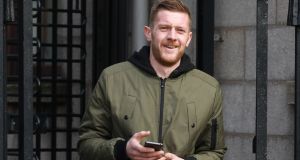 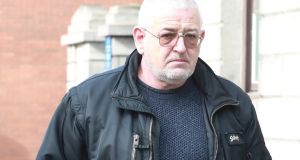 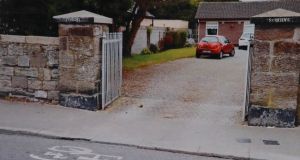 Motorists who must cross a public footpath to access a public highway cannot be expected to have a somebody precede them with a red flag warning other road users, a court was told.

The remark was made by barrister Shane English in the Circuit Civil Court when he successfully defended a €60,000 damages claim by a cyclist who broke his arm when he struck a car emerging from a driveway.

Derek Quinn, of Greenwood Avenue, Blunden Drive, Ayrfield, Dublin, told Judge Martina Baxter it was wrong of him to cycle on the footpath when there was a cycle lane available to him and his crash would never have happened had he used the cycleway.

Mr Quinn, a 31-year-old general operative, claimed that despite having caused the crash by his own “irresponsible” act, defendant Richard Altendorf had been negligent when driving out of his driveway at The Bungalow, St Helens, Malahide Road, Artane, Dublin.

He told Judge Baxter that Mr Altendorf had driven out in front of him in a single movement instead of inching his way carefully onto the footpath to see what or who was coming. He also claimed Altendorf’s view had been seriously restricted by a 1.5m wall and two 2m high pillars at the end of his drive.

Mr Quinn said he had visited a bank and was next planning to visit a fish tackle shop a short distance away on the same side of the road. To have used the cycleway he would have had to cross against the traffic, so decided to stay on the same side and use the footpath.

Mr Altendorf said he had been driving in and out of his driveway without incident for more than 40 years.

On the day of the crash, September 3rd, 2014, he was exiting his driveway “at less than walking pace” when Mr Quinn hit his car.

He said the pedal of Mr Quinn’s bicycle struck the front bumper of his car, leaving a small black mark, and he had fallen off. Both he and his daughter had spoken to Mr Quinn who had said he was sorry when he got up off the path.

“We asked him was he okay he said ‘I think so’ and walked off,” Mr Altendorf said.

When Mr Quinn’s counsel suggested to the court that Mr Altendorf’s daughter could have got out of the car and walked ahead to check if anyone was coming, Judge Baxter asked if he was suggesting someone should always walk ahead of emerging vehicles.

Mr English, who appeared with Dillon Eustace Solicitors for Mr Altendorf, said it was ridiculous to suggest that a relative or friend should be asked to walk ahead “perhaps with a red flag” in such circumstances.

He asked the judge to dismiss Mr Quinn’s claim on the basis there had been no evidence of negligence on Mr Altendorf’s part and that Mr Quinn had accepted he was in the wrong and had been the cause of the accident.

Judge Baxter, after hearing expert evidence on behalf of Mr Altendorf, said she was dismissing the case with costs against Mr Quinn on the grounds of Mr Altendorf’s evidence and that of his forensic engineer Sean Walsh.

She accepted Mr Altendorf had done everything he could and Mr Quinn had told the court he accepted he had caused the crash.